young lovers have been found by local residents in Bangladesh dangling on a tree after hanging themselves in a shocking suicide.

Multiple online reports online reveal that their parents were not in support of their marriage which makes the two lovebirds to commit suicide because they don’t want to be separated.

Here’s what Patricia who shared the shocking photos wrote;

“Wonders shall never End! “SUICIDE for LOVE ” This happened simply because their PARENTS were trying to separate the “TWO LOVER’S BIRDS” from getting married by separating them but they have chosen to END it this way.

What’s wrong with the YOUTHS of NOWADAYS? Aren’t they wasted DESTINIES?

#Is that Right to suicide for love. Their families were trying to move them away from each other..then they commuted suicide…#today in Bangladesh.

I have two questions to ask and i need an answers from people. Now my first question is, Is this the love Christ is talking about?

Second question: where will this two lovers spend their eternity?” 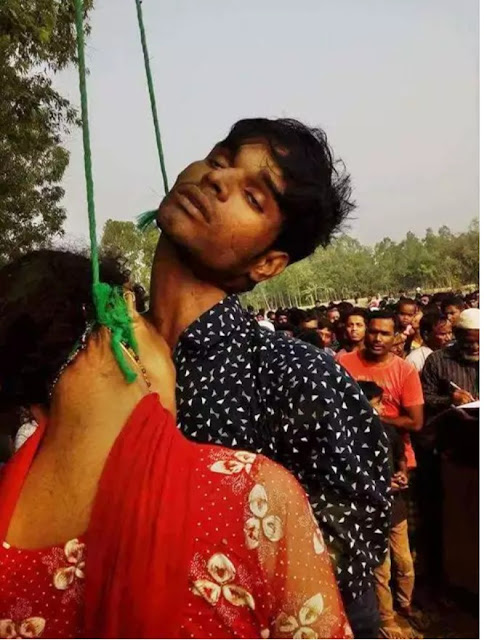 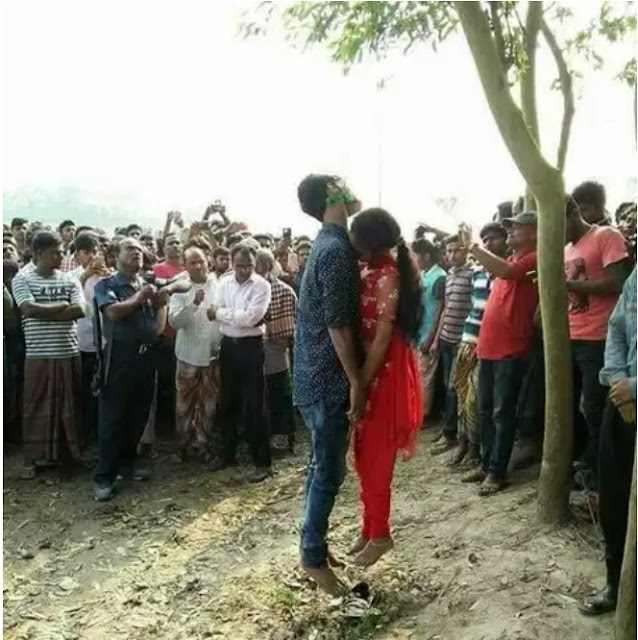 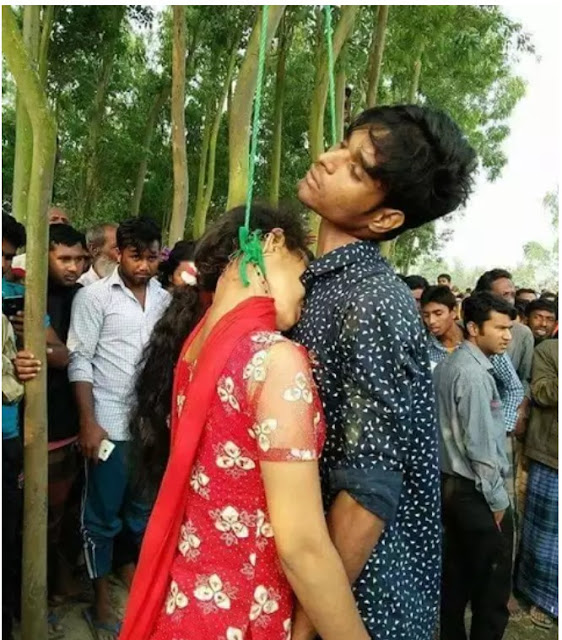