Belgium assistant coach, Thierry Henry, despite losing to his own country hugged some France players as his team crashed out of FIFA World Cup in Russia on Tuesday.
The Frenchman spent time to congratulate the French team.

Henry who came up against his country had faced media scrutiny in the build-up to the World Cup semi-finals as his team prepared to take on his native France.
, however, secured a narrow 1-0 win over Henry’s side and all eyes turned to the former Arsenal star for his reaction to the defeat.
Henry looked dejected in the dug-out but spent plenty of time congratulating his countrymen for their victory and progression to the final.
The former Barcelona star hugged Olivier Giroud on the pitch, while he also spoke with Kylian Mbappe and manager Didier Deschamps among others. 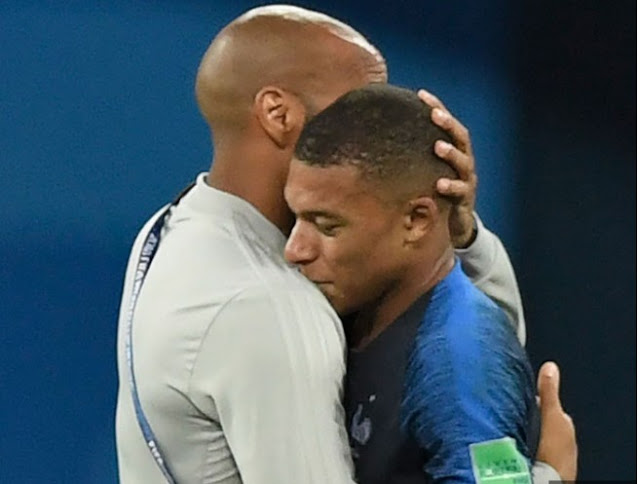 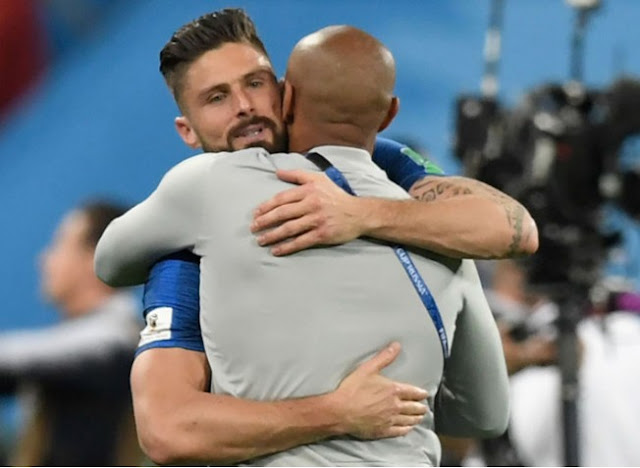 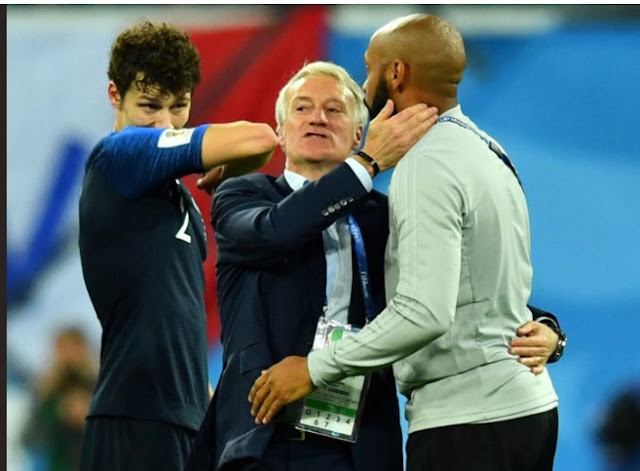 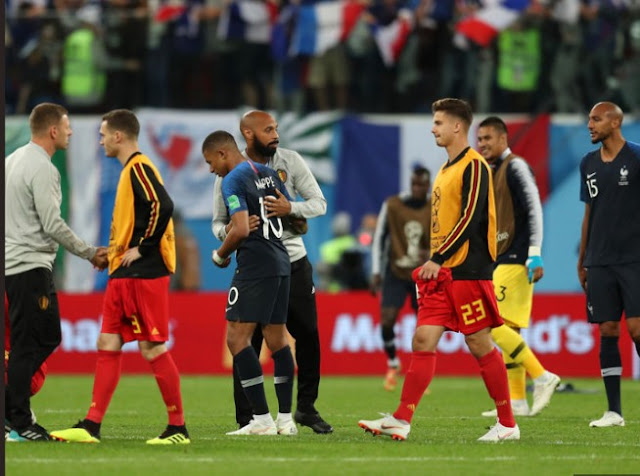 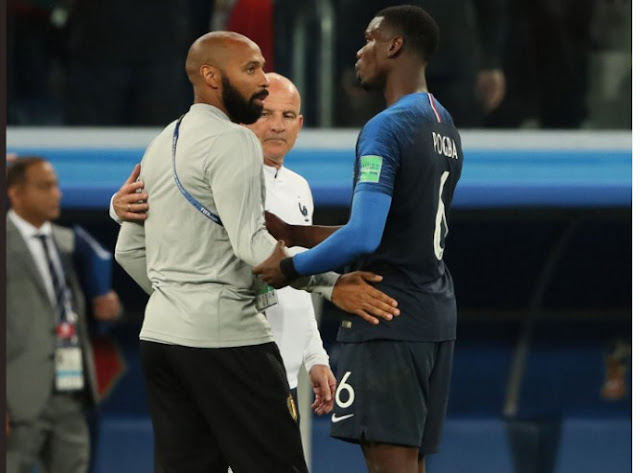