Real Madrid star, Cristiano Ronaldo on Wednesday afternoon made history after scoring against Morocco in their second Group D match in the 2018 World Cup.

The 33-year-old scored a first half header in four minute for Portugal against the Lions of the Atlas.

Ronaldo’s goal against the North Africans means he has now scored 85 international goals, more than any other European player in the history of football.

The Portuguese captain is now having four goals so far in this year’s tournament having scored a hat-trick against Spain in their first game that ended 3-3 last week Friday.

Portugal is in Group D of this year’s tournament alongside Spain, Morocco and Iran. 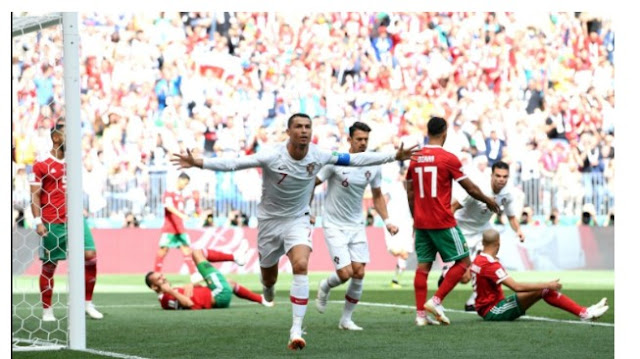