The Federal Government may have ruled out the possibility of requesting the extradition of the leader of the Indigenous People of Biafra, Mr. Nnamdi Kanu, from the United Kingdom government to Nigeria to face his treasonable felony trial, SUNDAY PUNCH has learnt.

Kanu, who holds a dual citizenship of Nigeria and the UK, was sighted in a video clip said to be during a prayer session at the Wailing Wall in Jerusalem.

The video recently surfaced on the Internet, more than one year after he went missing after soldiers deployed in the South-East for ‘Operation Python Dance II’ last year, allegedly invaded his house in Afara-Ukwu, Umuahia, Abia State, on September 14, 2017.

The IPOB leader had, subsequently after the video clip surfaced on the Internet, threatened in a live broadcast, not to ever submit himself to the trial that was abruptly suspended due to his sudden disappearance since last year.

Also, the UK government reportedly informed the Nigerian government last week of its intention to issue all necessary travel documents to Kanu.

But several sources at the Federal Ministry of Justice, the ministry of the Nigerian government which deals with all extradition issues, said there would be no need to ask UK to send the IPOB leader to Nigeria to face his trial.

One of the sources said, “It is absolutely unnecessary. Remember that there is already an ongoing procedure before the Federal High Court in Abuja where he is being prosecuted to compel his three sureties to produce him in court.

“So it is left for the sureties to find how they will bring him to court, not minding the defendant’s threat not to again submit himself to the authorities of the court.

“If they fail to bring him to court, at the end of the ongoing process, they must be ready to face the sanctions, including the forfeiture of their individual N100m bail bonds.”

One of the sources, who is familiar with the extradition process, also doubted the possibility of any success of such extradition process because the UK government had not been on the same page with Nigeria on the proscription of IPOB as a terrorist group.

The source stated, “The UK government has said it does not see IPOB as a terrorist organisation contrary to the Nigerian government’s position.

“So you can see the disparity in the stances of the two countries’ positions on the issue.”

Mr. Salihu Isah, the spokesperson for the Attorney General of the Federation and Minister of Justice Mr. Abubakar Malami, could not be reached for the AGF’s position on the possibility or otherwise of the Federal Government requesting Kanu’s extradition from the UK.

Hearing in the trial of Kanu before Justice Binta Nyako of the Federal High Court in Abuja has been scheduled to resume on November 14.

Senator Eyinnaya Abaribe and others, who stood bail sureties for the IPOB leader in April last year, are expected to return on the said date to show cause why they should not be made to lose their N100m bail bonds which they entered into to secure Kanu’s bail if they are unable to produce him.

Also, a former Governor of Abia State, Orji Kalu, whom Kanu’s lawyer, Mr. Ifeanyi Ejiofor, had asked the court to summon for insisting that Kanu had escaped to London, is also expected in court at the next hearing date. 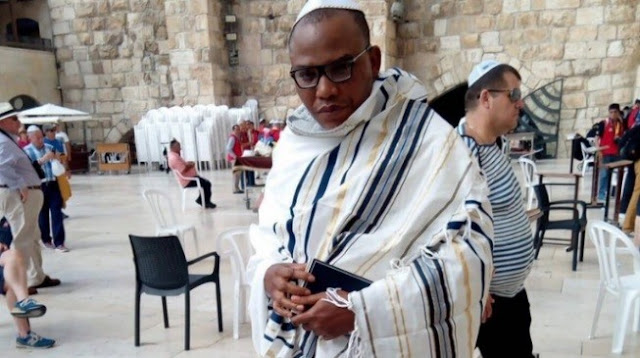