Kaduna, Stakeholders in Kaduna State have attributed the protracted crisis in the state to failure of governance, injustice and growing culture of hate among the people.

More than 70 people were killed in recent violence in the state, a situation that has become a recurring decimal in the last 39 years in the state.

The stakeholders said in separate interviews with News Agency of Nigeria, NAN, that failure to punish perpetrators of violence in the last four decades has emboldened others to continuously resort to violence at the slightest misunderstanding.

They also identified rumour mongering, unemployment and unhealthy political rivalry among other causes of conflict in the state.

Sheik Jamilu Albani, Special Assistant to Gov. Nasiru El-Rufa’i on Religious Matters said: “The major cause of incessant crisis in Kaduna state is that no perpetrator has ever been brought to book in the last 39 years, hence the recurrence of the crisis.

“There is no single person that is brought to book. Some of these perpetrators were arrested and arraigned before a court of law and were found guilty and subsequently convicted, but later released by government, and some of them were even rewarded with traditional titles.

“Government must rise up to its responsibilities by dealing with anybody, group or groups found guilty in accordance with law irrespective of his or her position in the society and regardless of his religion or political affiliation. This action will serve as a deterrent to others who have similar intention.

“Also, if a leader is found guilty, let government remove him or her from that position and ensure that he or she is punished according to the law no matter how highly placed. If this is not done, we are going nowhere.”

“We, religious leaders, don’t preach the truth to our followers, when we go for meetings before governors or before other big people, we say peace-peace but we don’t tell each other the truth.

“What we say in the meetings is not what we do out there and some of us don’t choose our words during preaching, we instigate one religion against another.

“Even among the sects, some of us instigate one sect against the other and in that kind of atmosphere, there will never be harmony even within the same religion talk-less of interrelations harmony,” he said.

“The moment you are elected as President, Governor, Senator, member House of Representatives or State Assembly, you are supposed to be for all people not only your sect or religion.”

He added that people must learn to respect the tradition and beliefs of one another.

“When you don’t respect my tradition, you should not expect me to respect yours too, tradition to some people is more or less like a religion, hence the need to respect it.

“Another thing is, there should be equal distribution of wealth to all citizens. When we say something is a national wealth or a state wealth, it should be distributed equally. ‘’

Gbadero also observed that the inequality also manifest in employment, where children from poor families are left to rot no matter their level of qualifications.

“Today, we say we celebrate Gamji, Sir Ahmadu Bello, the Sardauna of Sokoto and the rest of them, what does Gamji represents? He represents truth, justice, unity, love and concern for one another. Do our leaders today follow their footsteps?

“Our political and religious leaders today, are they doing what Sir Ahmadu Bello did then? Are they portraying the justice, truthfulness, unity and love today, remember, the citizens of today are wiser than that of yesterday.

“If as leaders, we will be just in what we do, it will go a long way in addressing some of our predicaments,” he said.

He said the best way to carry away the minds of youths from violence is to engage them in useful ventures.

A historian, Dr Zwaghu Bonat, said marginalisation on the basis of religion and tribe also encouraged restiveness and violence in the state.

According to him, the failure of successive governments to deliver justice to victims and treat people fairly has entrenched a seed of discord among the people.

“Continuing injustices and the inability of the government to protect lives and property is a clear indication of leadership failure.

“This is what gave room for some misguided elements in the society to take law into their hands in search of justice or to primarily cause harm and injury to other persons,” he said.

Also, Dr Philip Hayab, a lecturer with Kaduna State College of Education, Gidan Waya, said that the problem of indigene/settler dichotomy in parts of the state must be properly addressed by government, to reduce the recurring crisis.

On his part, Zubairu Galadima-Soba, Director, National Orientation Agency (NOA) in the state, attributed the clashes to “clash of interest” of the different segments of people in the state.

Galadima-Soba emphasised the need for people to respect each others’ rights while fighting to protect their own rights and urged aggrieved persons against taking laws into their hands.

Mr Pius Gambo, a Sociologist with Kaduna State University said that the exploitation of religious and ethnic sentiments by political, community and religious leaders has “made Kaduna communities susceptible to violence.

“What is needed is mutual respects for one’s religion, values and culture.”

He said that politicians and religious leaders must shift their efforts to uniting the people rather than dividing them.

According to him, government must focus on interventions that promote social integration and value reorientation that inculcate respect for human lives and dignity.

On his part, Sheikh Kaseem, a member of Consultative Forum for Religious Harmony in the state, blamed the situation on abandonment of God, as people no longer adhere to the teachings of their religions.

Kaseem added that “modernity” has derailed age long culture of respect, compassion, and love, and has changed human behaviours such that people no longer value human lives.

He called on relevant stakeholders including traditional and religious leaders to wake up to their responsibilities on value reorientation to promote respect for human lives.

Mr Eric John, Administrative Officer of Generations For Peace, said that rather than promoting respect, the government was erroneously promoting tolerance.

According to him, people are merely tolerating one another, thereby making sustainable peace very fragile in the state because it has not addressed the anger in the minds of the people.

John described successive governments’ response to conflicts in the state as “simply surface dressing without addressing the root causes, which are largely driven by feelings of injustice and failure of governance. We are only managing fragile peace in Kaduna state, therefore, any little disagreement or misunderstanding leads to violent clashes at the slightest provocation.”

Arrigassiyu noted that people arrested and convicted for igniting violence in the state were often set free by government while recommendations by various Commissions of Inquiry on past crisis were never implemented.

Jigawa 2019: Incumbency not a threat to my governorship ambition —Bashir Jumbo

“When people believe that they can take lives anytime they want, and no one can do anything about it, what do you think will happen? Until Government shows its strength of authority, conflict will continue in Kaduna state,” Arrigassiyu said.

Rev. Sunday Ibrahim, Secretary of the state chapter of Christian Association of Nigeria (CAN), accused successive governments of partiality in handling “even security issues.”

“The government is partial, even in handling security issues. Under such condition, people will continue to fight to protect their rights.

“What belong to people should be given to them and justice should prevail when any one felt unfairly treated,” Ibrahim said.

Mr Christopher John, a cleric, also said that government must be fair to all and ensure that victims of various attacks and injustices get justice to enhance public confidence in governance.

According to him, the failure of government to be decisive in handling security breaches has allowed the crisis to continue.

Aliyu also blamed some religious leaders of stoking the embers of conflicts through their preaching.

Re-Nigeria, A country where cows rule and the poor are fed bullets

“So called people of God instead of preaching peace are busy spreading hate to their followers and the government just keep quiet allowing them to continue inciting people to violence.”

The JNI scribe also said that community leaders have failed in their responsibility of ensuring peace and brotherliness among people in their domain, as they also take side, thereby perpetuating injustice and hate.

“This had not been happening before. In those days, you will find out that your best friend in school might not necessarily be from the same faith with you.”

According to him, the situation has instilled a permanent culture of hate against people of different faith and tribe in the state.

Sa’idu advised government to provide job opportunities to the youths to enable them become self reliant, and for both government and community leaders to be just in addressing all problems irrespective of who is involved.

He also advised the youths to plant seed of love among themselves by embracing, tolerating and accommodating one another to give way for peace across the state.

“As youths, they should understand that they are the future leaders, therefore they must do everything possible to promote peace for a better tomorrow.

“Wherever they go as refugees, they will have no freedom to live as they want, therefore, they should endeavour to live in peace with one another to make Kaduna great.”

Meanwhile, Mr Nuhu Shadalafiya, Deputy Speaker, Kaduna State House of Assembly, said that the state government has taken necessary measure to address the issues, including the establishment of a peace commission.

Shadalafiya added that the state government, with support from federal government, has established new security posts in strategic locations across the state to respond to security breaches more effectively.

“Steps are equally being taken to implement some of the recommendations of past commissions of inquiries to ensure lasting peace in the state,” he said. 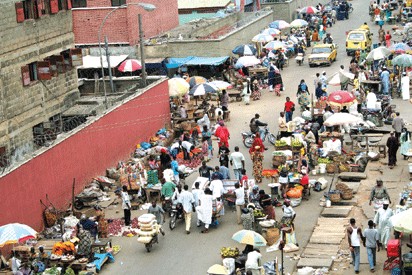