The Deputy British High Commissioner to Nigeria, Laure Beaufils, has reiterated the commitment of the British Government to work with relevant stakeholders in ensuring credible polls in Nigeria.

Beaufils, who spoke after a closed-door meeting with Rivers State Governor Nyesom Wike at the Government House in Port Harcourt, said the technical progress achieved in the Osun State elections should be improved upon next year.

“If you look at the Osun State elections that just took place, there has been a lot of technical progress, with respect to INEC,” she said. “We have seen significant progress which we hope can be replicated across the country in 2019. It is something that we are looking at and we are working with INEC for further progress”

The British envoy explained that she discussed the peaceful conduct of the 2019 elections in Rivers State with Wike and leaders of the All Progressives Congress.

On his part, Wike said the state is fully committed to peaceful and credible polls.

The governor also urged the International Community to prevail on Independent National Electoral Commission (INEC) and security agencies not to interfere with the voting process of the 2019 elections.

He said: “Let them come out totally that they are willing to tell the Government of Nigeria, to tell the security agencies, to tell INEC, do the needful. Don’t interfere in the electoral process

“Let the people determine what will happen. What their fate will be. If that happens, I can assure you that, we will not have any violence. The election will be free and fair.”

Wike also criticised the security agencies for not replicating the level of professionalism they displayed in the Osun State governorship election in Rivers State.

“Our experience is that we don’t have trust in these agencies and we don’t want to be deceived because of the interest they have in Rivers State. 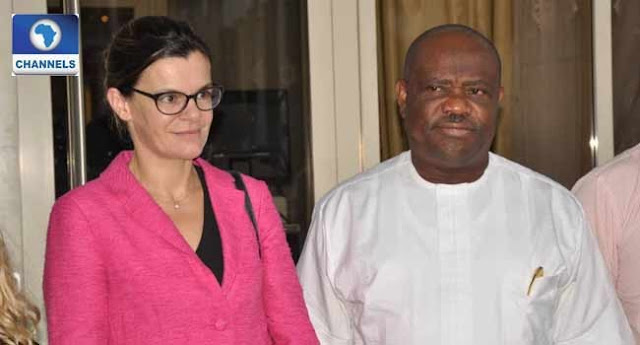