A video recording that surfaced online has shown Senator Ben Bruce, representing the Bayelsa East constituency, addressing a crowd that gathered at the entrance of the National Assembly, Abuja.

The entrance was blocked by men of DSS and the video shows Senator Bruce addressing a pocket of crowd, most of them armed with their mobile phone videos.

As recorded in the video, the senator, speaking on the incessant travels of the political elite, said:
”We will ask them to revoke the visas. The visas of their wives, the visas of their children. They will not be allowed to leave Nigerian to travel to any country in western Europe and North America”.

Continuing, he said : ”When you begin anti-democratic situations like this, including the DSS officials, I want all of you to photograph all those breaking the law”.

”Get me their pictures, get me their names, we will submit the names of the DSS officials , the names of Senator Akpbio and the gang, to the embassies. I’ve talked to them already and they are waiting for the list. And as soon as they have it, the request will go to Washington, will go to London, will go to EU, will go to Canada, and we will make sure their visas are revoked”.

Sen. Ben Bruce addressing the crowd at the blocked entrance of the National Assembly, Abuja

In a swipe at Godswill Akpabio, he said ”And I hope these anti-democratic forces love Nigeria, because they will not be travelling for a very, very long time.

”I also want to tell them that Bayelsa has very good medical facilities, Cross River has good tourism facilities.
Godswill Akpabio go and sell your plane, cos you’ll not use it for a long time”

The senator drew laughter from the crowd when he concluded by saying ”after this, my colleagues and I, we’ll buy him (Akpabio) a donkey so that he could use the donkey and go where he wants to go 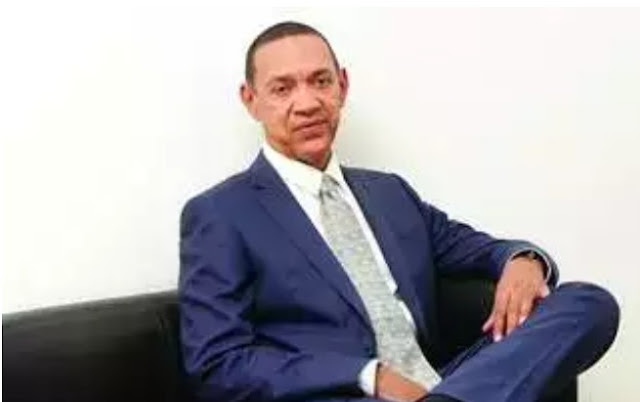