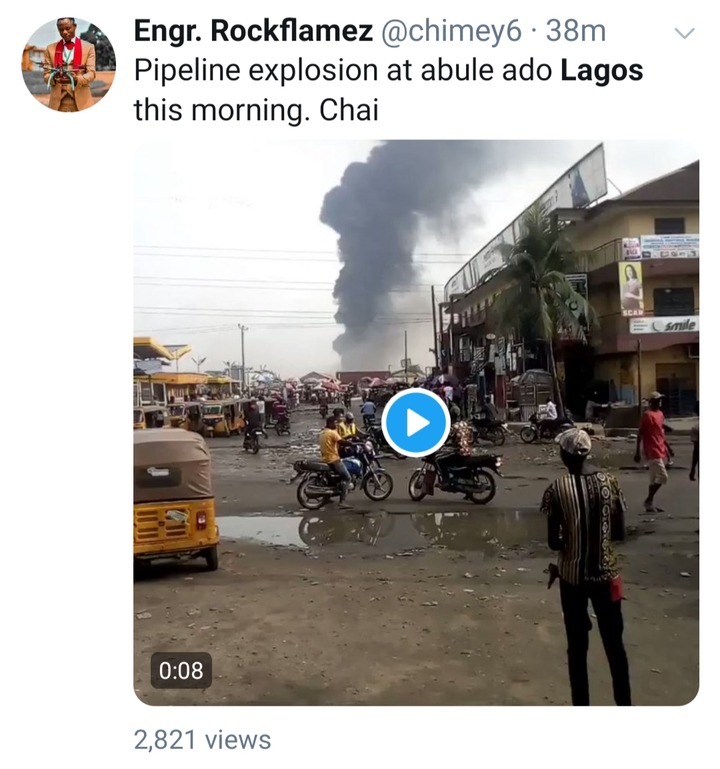 According to what residents of the area are saying on Twitter, they heard a heavy sound which turned out to be a gas explosion in Abule Ado, Festac.

According to the picture seen online, a heavy smoke was coming out from the area and people were seen moving away from the area for their safety. A voice from the video alleged that some people have died as a result of it. 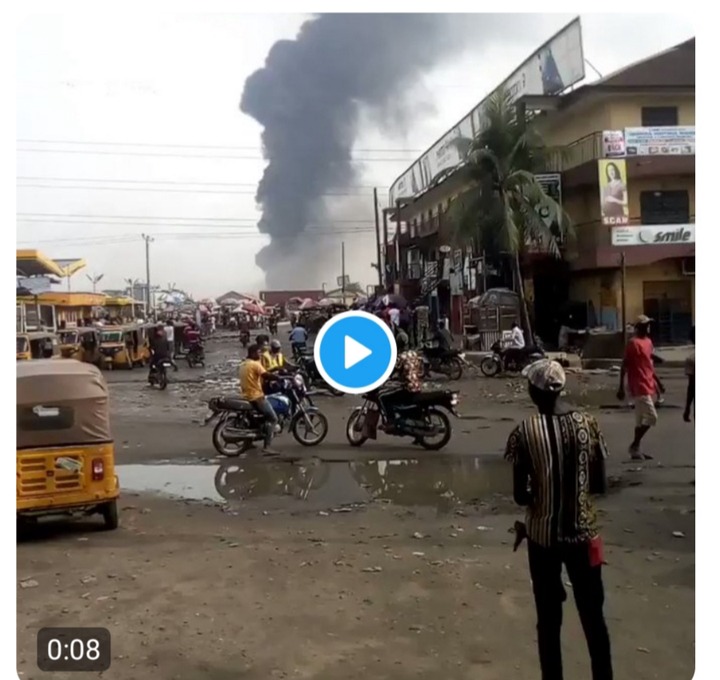 But the Federal Fire Service in Lagos has tweeted in response to the situation. According to the statement from its official Twitter handle, its men are around, Badagry and festac.

“I was a victim of boko haram” — Samuel Eto