The former Chelsea star retired from international duty following Nigeria’s first-round exit at the 2018 World Cup, but he has now reversed that decision.

Inter Milan star, Victor Moses has revealed he is making a return to the national team almost two years after quitting the Super Eagles.

Moses shocked Nigerians when he decided to retire from international football at the age of 27. The former Crystal Palace took the decision after Nigeria’s group-stage exit at the 2018 World Cup in Russia.

The 29-year-old scored a penalty that drew Nigeria level in the 2-1 loss to Argentina, which eventually resulted in their exit from the competition.

Following the loss, Moses took to his social media page to announce his decision to quit international football. It came as a shock to many as he was just 27 then and still at his peak. 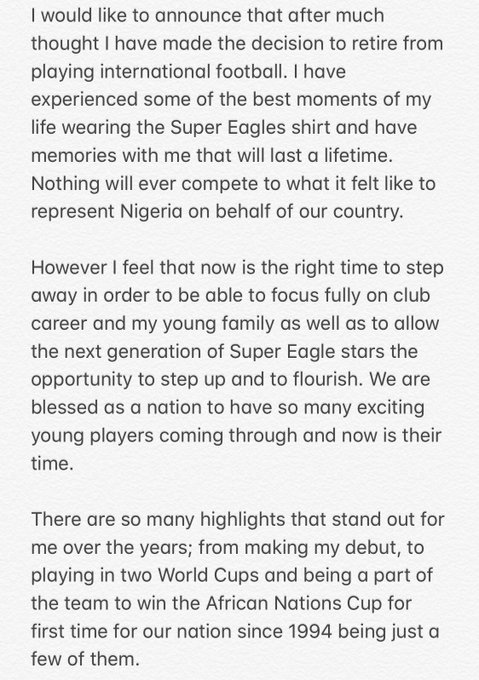 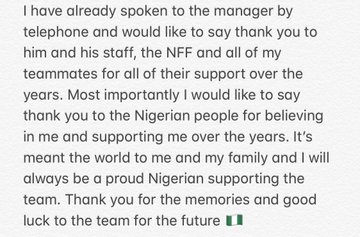 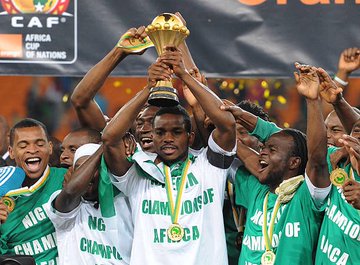 But two years after making that announcement, Moses has rescinded that decision and has declared his intention to make a return.

The former Liverpool star also asked for Nigerians for forgiveness for dumping the team when he was at the peak of his powers.

Following his retirement, accusations were levelled against Moses over his attitude at being asked to play as a wing-back.

Nevertheless, the 29-year-old is hoping all of that will be forgotten, and he is eager to start again with the Super Eagles.

“I have decided to come out of international retirement, and I hope Nigerians will be able to forgive me for my short-sighted decision two years ago,” Moses told theneews.

Moses earned 37 caps and won the Africa Cup of Nations title with Nigeria before his early retirement. However, he can’t wait to play more games, and he also hopes to win more trophies.