Nigerian singer and mavin first lady Tiwa Savage has been rumored to be in a romantic relationship with award winning singer Wizkid and she has finally opened up on this rumor.

Recently it was announced that she was engaged in a fight with Wizkid’s baby mama and it resulted in them unfollowing themselves on social media.

Tiwa has finally spoken out on her relationship after he declared Wizkid as her “Bestie” after their performance at the just concluded Headies awards show.

After the awards were they picked up the best collaboration of the year, Tiwa and Wizkid went partying which letter on she flooded her social media page with some intriguing words.

She revealed that she feel 100% comfortable anytime she is with wizkid and will not try to ruin that as she is happy. She disclosed this indirectly without mentioning his name.

She said “Finding someone you really connect with is like winning the lottery. It happens basically never, but if it does you really shouldn’t blow it. Strong women still needs their hands held. Being 100% comfortable around somebody is something that is so rare but when you find it, it is so beautiful, safe and comforting.” 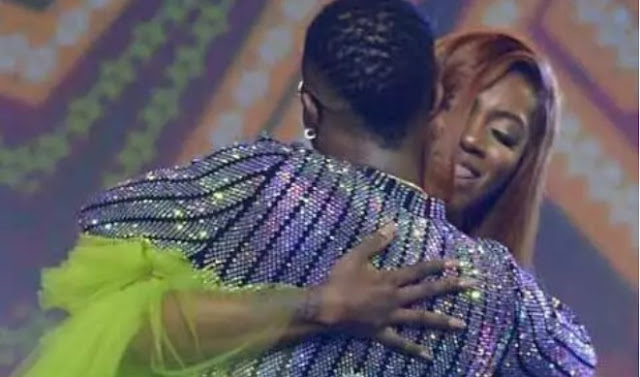