by theagoratv
in Uncategorized
0
0
SHARES
0
VIEWS
Share on FacebookShare on Twitter
Colossus Gists  – Its recorded that US President Donald Trump usually reserves the word “greatest” for his latest deal or appointment, but he has now bestowed it on Cristiano Ronaldo.
Ronaldo has scored four goals in Russia to help propel Portugal into the last-16 against Uruguay on Saturday.
The US President was speaking about Portugal forward during a meeting with Portuguese President Marcelo Rebelo de Sousa at the White House.
“They say he is the greatest player,” said Trump while discussing the qualities of the Real Madrid forward with De Sousa.
“So, tell me, how good a player is he?” asked Trump. “Are you impressed?”
“I’m very much impressed. He’s the best player [in] the world,” enthused De Sousa. 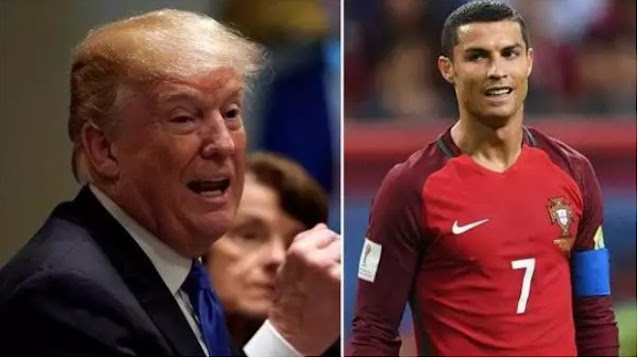