The role of women leadership can never be over looked. Smart committees know that WOMEN Leaders bring a lot to the table. A WOMAN is one who is strong, thinks logically, leads fearlessly, strives for more and makes good judgment. WOMEN Leaders do not feel compelled to duplicate the male leadership model for they know that by so doing they are sacrificing their own strength and personal power, for they greatly understand the power of their *emotional intelligence*. WOMEN Leaders are those who do not conform to the norms of the society,they are interested in breaking norms,hitting records and soaring into the horizon of excellence,service and purpose. Just like in the case of Deborah and Esther in the Bible. WOMEN have certain innate strength such as creativity, collaboration and communication that makes them highly effective in their approach to work. WOMEN Leaders tend to be more interactive and have a cooperative mindset, which creates a stronger spirit of team work among her peers and subordinate s. LETS SAY YES TO THE FIRST FEMALE SSG KEEP SUPPORTING UZOMA ADANNE FOR SUG SECRETARY GENERAL Copyright © UZOMA ADANNE 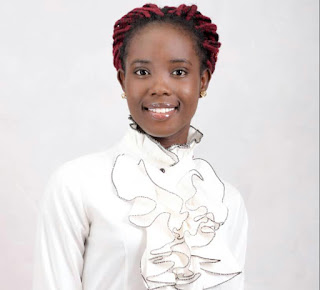