THE REVOLUTION SHOULD BE NOW – ODOEMENA AUGUSTINE CHINONSO

“All working class unite, you have nothing to lose but your chains”
Karl Marx

After all academic survey, political studies and analysis, I have come to realize that the solution to Nigeria’s underdevelopment and political and economic backwardness is revolution!
Before I start out, I want to unequivocally add that, this projection has no blame to my institution of study, or neither was it manipulated by tutelage. It was/is and offshoot of personal infliction.

It is said that when injustice becomes law, resistance becomes duty.

It is no longer a new thing that Nigeria has been besieged with series of licentious debaucheries, Nigeria has over night become the capital of poverty, ranging from security, no one is safe anymore in Nigeria, Herdsmen are running rampage in several parts of this country, their latest victims including a quintet among whom was a redeemed Christian church of God pastor whose escape was made possible by prayers rather than the police. Politically the system has been stabbed severally by myopic and ineffective gerontocrats, we were all here when the federal government withdrew 20 billion Naira fraud charges against Danjuma Goje, a former governor of gombe state, as a reward for giving up the senate presidency race to smoothen the emergence of Ahmed Lawan the President’s choice.

Infrastructurally Nigeria has been no where count, 70% of graduates in are more of liability to the Nation than asset, the jobs aren’t there, they never have been, we need a revolution and it should be now. Omoyele Sowore understands this, and this is what he’s trying to do, on intent and method I am on his side.

Karl Marx had inscribed that, until capitalism had reached its climax and frustrating end, the time is not yet right for revolution. Nigeria has undoubtedly reached the climax of exploitation and maltreatment from the state. Without prejudice to the political parties that have tasted power, Nigeria’s problems have effectively been the same for decades. In the fourth republic, for example, what has changed about electricity supply? Which human basic need can the average Nigerian Comfortably meet? Health care is in shambles. Nigeria’s problems are extreme therefore solving them requires extreme measures.

If Sowore attempted to lead a political revolution pre- 2019 election the altruism of his intention wouldn’t be up for debate. But having offered himself as the Presidential candidate of the African Action Congress (AAC) and lost by a distance, this move would definitely be interpreted in some quarters as an attempt to seize power through revolt having lost it through the ballot.

Nigeria needs more comprehensive and articulated revolution, ladened with violent ingredients, to totally annihilate the present government and return the society to a social and communal environment. The consciousness has to be dawn on the entire exploited majority, they have to be instilled with the inclination that its a 50-50 win game, you either struggle for your freedom and die for something more just than to die out of poverty and penury ( shameful death).
We need a more realizable revolution, and not what IPOB is planning or coming up with, because once they liberated they still will maintain conflict and struggle for the manipulation of power. Will Ohaneze ndi Igbo allow Nnamdi Kano rule them? Will the south east governors who have tasted power allow a “termed” ragamuffin like Nnamdi rule over them?

A plausible and realizable revolution is all I crave for.

On utterances, they said Sowore was caught on tape saying the “DSS would no longer exist after the revolution”. That was probably a slip, and still fails to justify the gestapo style invasion of Sowore’s home, otherwise, the northerners who issued a threat to southerners over RUGA should have been languishing in jail by now. There is absolutely no justification for Sowore’s arrest.

So I raise a ring of sensitization, the youths, every marginalized homes, maltreated families, deported brothers who can not be protected at diaspora by this crippled government, every rational intellect, to raise this voice of invasion and let this fruitless government be done for. 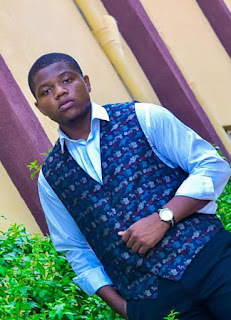 ABSU: Faculty Of Humanities Set To Hold The Most Challenging Election In History Tomorrow At Pavilion