A popular All Progressives Congress (APC) member in the House of Representatives, has reacted to the Vice Presidential Debate that took place yesterday between some of the leading VP candidates in Abuja.

Hon. Abdulmumin Jibrin, took time to rate and express his opinion on the various the various performances of candidates vying for Vice Presidency in the 2019 elections.

Writing on his Twitter account on Saturday morning, Jibrin called to question the accuracy of the facts reeled out by Peter Obi, representing the Peoples Democratic Party (PDP) in the hot debate.

Recall that many applauded Obi for his good knowledge of the economy and using statistics to back up his claims during the debate.

The lawmaker was, however, full of praise for Yemi Osinbajo, the APC’s candidate. “It was a great debate. Peter Obi was looking good but should have cross checked many statistics he gave that were inaccurate.

“VP Osinbajo was simply excellent. He was alert, on point, impressive and brilliant all through. As if we expected less? Prof+SAN. “The rest were promising,” Jibrin wrote.

The debate was put together by the Nigerian Election Debate Group, NEDG and the Broadcasting Organisations of Nigeria, BON.

What are your thoughts on this story? 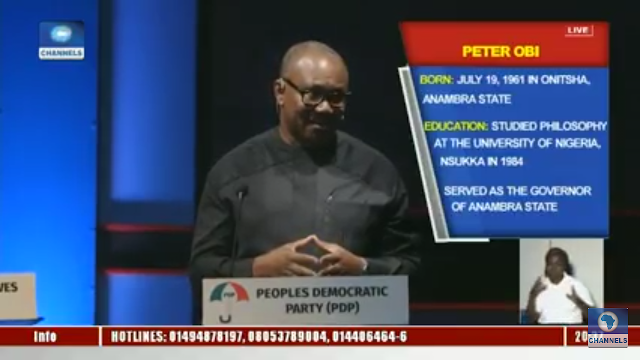 Drama! You Can’t Use The Stadium It’s For My Son-in- law Okorocha Tells Osibanjo