The Agora TV boss, Chinonso in company with his family and friends saw it pertinent to visit “LAST HOPE FAITH ORPHANAGE MISSION HOME” in one of the remote areas of Lagos state.

Discussing with Mr Micheal Adekunle, the administrative officer of the orphanage. It came to our notice that there has been alarming increase in the rate child abandonment in Lagos state.

He narrated an occurrence of a little girl of 3years who was sexually assaulted by her uncle, and out of the physical implications, lost her ability to work and had a psychological problem which amounted a brain surgery.

Other horrendous occurrence also came to our notice, of a young boy who was suffering from automatic seizure and wandering. Which led him to hustle his way, away from the home, regardless of the pains he suffered trying to jump through the balb wire.

He expressed extreme gratitude to us after the gift items we offered. The kids as well expressed their immense gratitude with a melodious musical rendition.

Photos could not be taken with the children due to Lagos state preventive law, restricting such actions.

They also plead to the entire public to render help to their home, to see to the maintenance of these motherless children. 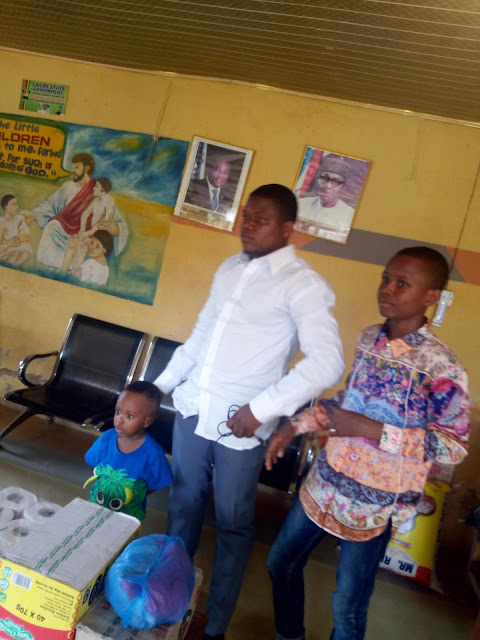 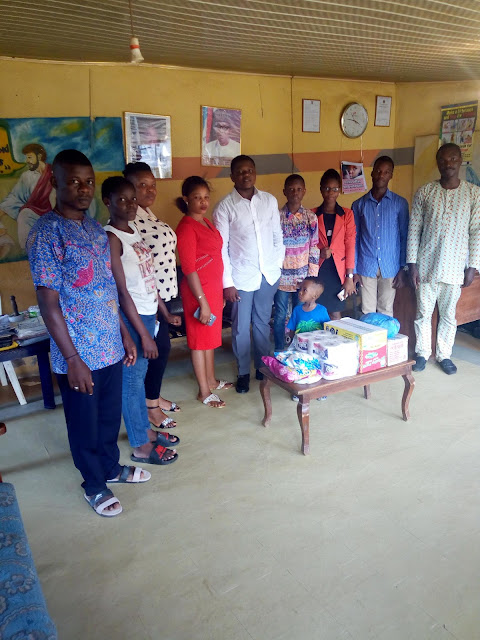