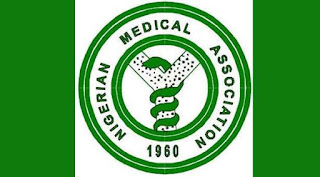 Dr Bulus Peter, Chairman of NMA in the state, disclosed this on Friday that the Nasarawa State chapter of the Nigeria Medical Association (NMA), has suspended the warning strike it embarked on over an attack on its female member.

Peter said the strike, which lasted for three days, followed the attack on the doctor, whose name was not provided, by a patient relative at the Dalhatu Araf Specialist Hospital (DASH), Lafia.

The Chairman explained that the association decide to suspend the strike following intervention by the state government and management of the hospital.

“Our female member, who is known for assisting indigent patients, was attacked for no reason.

“Why would anyone attack a doctor or a health worker who is always doing everything possible to save lives?” the chairman asked.

According to Peter, there are procedures for seeking redress if anybody feels unsatisfied with the services of any health personnel.

The NMA chairman urged the public to explore such procedures when necessary, rather than resort to attacking healthcare givers.

He, however, commended the management of the hospital and the state Ministry of Health for apprehending and prosecuting the culprit.

When contacted by NAN, Dr Hassan Ikrama, Chief Medical Director (CMD), of the hospital, confirmed the attack and said that the culprit had been arrested and charged to court.

Ikrama added that the hospital had already taken measures to restrict the indiscriminate movement of people in and around the hospital in order to forestall any re-occurrence of the ugly situation.

The doctor that was attacked was responding to treatment , said the CMD