The political season in Nigeria is beginning to seem like an endless twist in a Spanish soap opera. In a bid to win politicians are bringing all the arsenal, countering moves made by opponents, playing their cards after their rival. It has become an endless show of intrigue.

While some Nigerians are still reeling from the NLC strike and the Osun state elections wondering what new drama will ensue, Governor Ambode recently addressed a press conference. In the address, he made quite a few revelations that have elicited comments on Twitter.

Eyaaa, Ambode sounds so naive. Naija politics not fit for you, Boss

Ambode opening up a few can of worms in the APC.

“I will contest in the APC Primary tomorrow”

I’m eligible to partake in the direct primaries.

Ambode just dragged APC and it’s leadership on that membership card. Man even said “let me see if I have the slip in my pocket”

I’ve learnt so much from this Ambode debacle…your position opens doors, your character leaves the doors open permanently

See ehn, i will be watching and laughing here… this Ambode issue is going to expose so many people on this street….

After this world press conference, i expect nothing less than all manners of story on Ambode.

Oga goan drink water and sit down. Look at the roads in Alimosho and Ojo and tell me how your government has been about the poor. 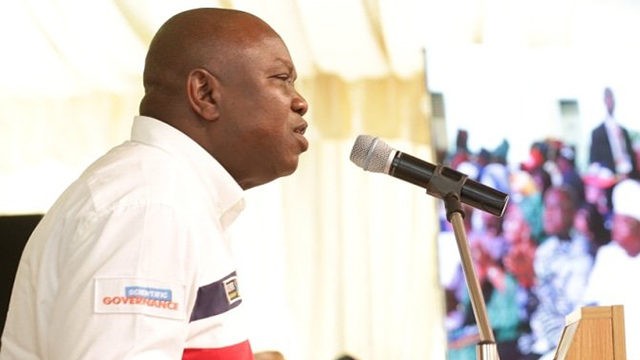