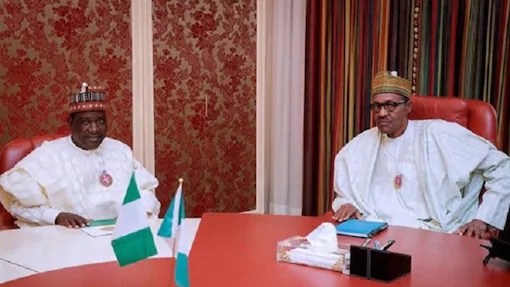 The Cable reports that the Plateau governor said this at the presidential villa on Monday, July 1 where he met with President Muhammadu Buhari.

Lalong said if the money budgeted by Jonathan was put to use, there wooul have been no need address a farmers-herders conflict now.

He said: “The fact that federal government is bringing subsidy was a request from the committee chaired by Mr Vice President. Goodluck Jonathan did it and he budgeted about N10 billion but we didn’t see the money. If he had done that at that time, we would not be fighting insecurity between herders and farmers today.”

The governor also addressed the concern that the programme is being funded by the federal government saying the programme addresses both economic and security issue.

“So if it is going to address insecurity in a period the country is confronted with serious security challenges, then federal government would come and assist those who want to do it. They are not imposing it on any state, I am a member of this committee under the chairmanship of the Vice President, the federal government has not impose that on any state.

“They said if you have land for pilot scheme they can assist, and donor agencies are coming from all over, it is not a federal government project, the world bank in involved, the African Development Bank is involved. So if you have a scheme like this that can take poverty away, bring revenue and also address insecurity, you will need to go into it but with due consultation from your state.

“We did a lot of sensitization, in my state it took me three months to do sensitization and we all agreed that we should bring this concept to empower people. It is not meant to empower one tribe it is for everybody and that would address the issue of insecurity because we don’t want people moving from one place to another looking for grasses.”

Legit.ng earlier reported that the Yoruba Council of Elders (YCE) on Monday, July 1, rejected the proposed establishment of Ruga settlements in any of the states in the south west zone.

The elders warned that no part of Yoruba land has space for the project adding that the proposal by the federal government was ‘dead on arrival’ in the zone.

NAIJ.com (naija.ng) -> Legit.ng. We have upgraded to serve you better.

How Nigeria’s democracy has fared in the last 20 years – Jega, Ezekwesili | Legit TV

Everybody, except Shehu, is fit for next match – Rohr