Rochas Okorocha: “I Am Contesting For Senate To Prevent Bad People” –

The Imo governor said his participation in the senatorial race will brighten the chances of President Muhammadu Buhari and other candidates of All Progressives Congress ( APC ) in general election in the State.

He also restated his earlier endorsement of his Chief of Staff and son in-law, Chief Uche Nwosu as his successor.

According to the governor, “if Uche Nwosu will be home for governor, I will tell the deputy governor to go to Senate.

“I told you earlier that my interest is the Presidency but since President Buhari will be running in 2019 I decided to put my ambition on hold until he completes his tenure.

“But I have decided to run for the Imo West Senatorial zones because if I don’t, bad people will take the position “.

Okorocha added further that, “if my name appears on the ballot paper as contesting for Senate, it will boost APC chances in the State. And many from my Senatorial zone have come to me and said they will not contest if I am interested “. 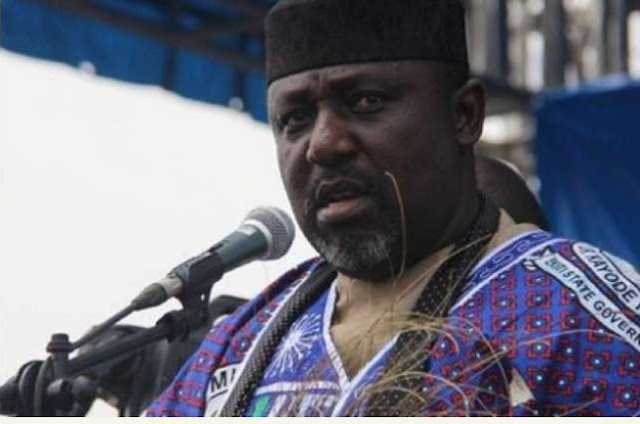 ”Buhari is the most cold-blooded, bloodthirsty and insensitive man that has ever ruled Nigeria”Femi Fani-Kayode

''Buhari is the most cold-blooded, bloodthirsty and insensitive man that has ever ruled Nigeria''Femi Fani-Kayode