Inks have been wasted by intellectual writers, in a bid to arrive at a particular definition of power and sanctimony. The difference between these two concept has been the sole of judgment for good and bad men. The excessive lust for power has with time double tossed the value of sanctimony to Mans existence. To be precise this note is centered on judging if men of power necessarily should be sanctimonious. Power should be exhibited with equity and good conscience, so it is not sinful for a righteous man to venture into politics. The stereotype has been placed already on the entire society that politics is bad and destructive, that its a game played by men of iniquity. These notion is somewhat erroneous as politics actually need a Messiah to right the wrongs and put a stop to irregularities going on within social settings… Though it is however pertinent to point out that power corrupts and absolute power corrupts absolutely. So power can actually change a righteous man to a sinner. So it all depends on the personality of the person, and his ability to overcome drunkenness of power. 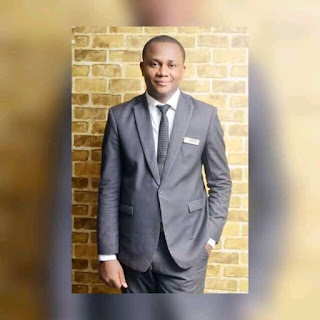 ABSU: Valentine Sends A lovely Birthday Message To Claire: MassCom most talented As She Celebrates Today (Read about her)