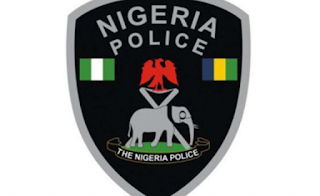 A senator, Fidelis Okoro has told a Federal High Court sitting in Abuja, how one Mohammed Yusuf, an Assistant Superintendent of Police, allegedly murdered his son Chukwuemeka, 31, five years ago in Durumi area of the Federal Capital Territory, Abuja.

Okoro, who had filed an enforcement of fundamental rights suit marked FHC/ABJ/CS/1165/2019 through his counsel, Mbanefo Ikwegbue before the court is however, demanding for award of N3b in compensation and damages for the unlawful murder.

The senator, who represented Enugu North Senatorial District between 1999 and 2007, joined the Police Service Commission, the Inspector General of Police, Nigerian Police Force and ASP Yusuf as 1st to 4th defendants.

The plaintiff is also praying for an order of court directing the IGP and the Nigerian Police to immediately arraign Yusuf before a court of competent jurisdiction for murder.
According to the plaintiff, in his statement of claim, he avers that: “On August 11, 2014, the deceased, Mr. John Chukwuemeka Okoro, was in the company of his friend Sunny Black eating at a restaurant in Durumi area of Abuja.

A Police patrol team from Special Anti-Robbery Squad (SARS) office in Abuja, which came to Durumi in search of other alleged suspects, accosted the late John Okoro and his friend, Mr. Black.

“In the confusion that ensued, the police man shot John Okoro, who was having no arms first in the leg. Having maimed him instead of taking him alive for interrogation, irrespective of the fact that he was pleading his innocence, the police man named Mohammed Yusuf, shot him in the chest as a result of which John died.

“First, he was taken to SARS office in Abuja and in their continuous move to conceal the information about what had happened, took his lifeless body to Gwagwalada Teaching Hospital in Abuja.

“The Police told the mortuary attendant that it was a case of hit and run.”

He further noted that, being aggrieved by the gruesome murder of his son, he (Senator Okoro) petitioned the then Inspector General of Police and the FCT Police Command over the extra judicial killing of his son.

“Although the then Assistant Commissioner of Police, ACP Usman A. Belel of the FCT Police Command, issued a query in November 2014, to AP/No: 79224 ASP Mohammed Yusuf of SARS, who was the leader of the SARS team on the day of the incident, and who actually shot John Okoro nothing came out of it as it is alleged that the Police always protect one of their own.

“Apart from ASP Mohammed Yusuf, two other suspects who were members of his SARS team on the day of the incident were also invited by the FCT Police Command for Orderly Room Trial.