Makurdi / Abakaliki – The Benue State Police Command has revealed that its personnel recently engaged some herdsmen in a gun duel in Ayilamo, Logo Local Government Area of the state, where one of the cattle headers was killed in the process.

The state police command, while explaining the details of the attack, also said that it was able to recover an AK47 from the herder with some rounds of ammunition.

Fatai Awoseni, the Benue State police commissioner, who disclosed this while parading some suspects in Makurdi on Tuesday, among them some armed robbery suspects, said that the police were also able to arrest a mole who had been feeding the herders with information, which was equally aiding their attacks.

The police commissioner further explained that a preliminary investigation by the force reveal that some of the residents sold out information to the attackers.

While answering a question on the killing of two personnel of the National Security and Civil Defence Corps (NSCSC) in Guma on Monday, the state police boss said that information on the issue was still sketchy but that he was comparing notes with his counterpart in the NSCDC to get full details of the attack.

Similarly, the police in the state paraded five suspects of a robbery gang in Ushongo council area of the state. The suspects were arrested for allegedly attempting to rob two ladies in the town.

Items recovered from them include a locally-made pistol and four rounds of live ammunition, among other items.

The police commissioner assured people of the state of the preparedness of the force to live up to its billings. 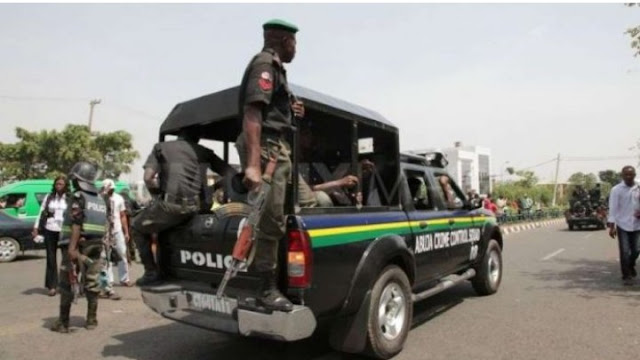 So Hilarious: Timi Dakolo’s Valentine’s Day Message To His Wife Will Make You Roll With Laughter