BENIN—IMMEDIATE past National Chairman of All Progressives Congress, APC, Chief John Odigie-Oyegun, has dismissed fears by Nigerians that the Osun State governorship election, which was declared inclusive by Independent National Electoral Commission, INEC, may truncate the current democracy in the country.

Oyegun, in an interview with journalists in Benin City,  Edo State, yesterday, said: “There is no fear that the inconclusive Osun State governorship election will extinguish democracy in the country.

“The nation and the voters are more matured now. The Osun election is not a national election. It is based on local misunderstanding and issues. What is important is that the APC government allowed the people’s will to prevail.

“The people were allowed to express their franchise and every vote counted. There were lots of positive things from the election. My hope is that voters will reward APC in Thursday’s re-run by giving it victory.”

On the forthcoming 58th Independence anniversary of the country, he said the country had made progress and that there were still much to be done to attain the lofty objectives of the founding fathers of the country.

He, however, blamed the challenges confronting the country on inconsistency in leadership, lack of positive ethics and corruption, which he said was abysmal and unacceptable. 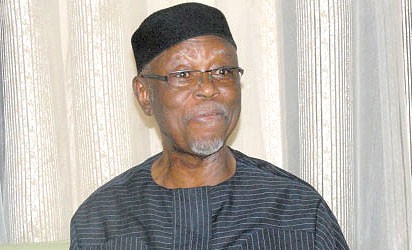