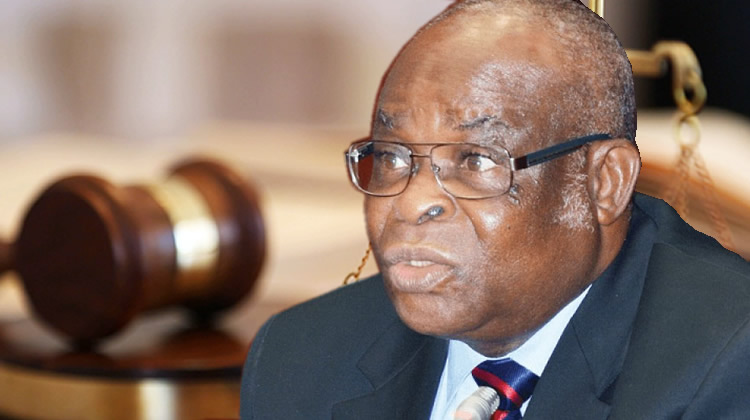 Justice Walter Onnoghen’s name has been removed from the National Judicial Council’s members’ list, preparing the ground for a Justice of the Supreme Court, Justice Bode Rhodes-Vivour, to emerge as the council’s deputy chairman, The PUNCH reports.

The altered membership list of the NJC was observed on the council’s website at about 7.15pm on Sunday.

The list, displaying 23 members instead of the full membership of 24, shows that the council has yet to have a deputy chairman as constitutionally provided.

It was gathered that following Onnoghen’s exit, Justice Rhodes-Vivour as the second most senior Justice of the Supreme Court would be announced as the deputy chairman at the next meeting of the council.

“The date of the next meeting of the NJC is not known yet; but because the acting CJN has just taken over as the acting chairman of the council, it is expected that the deputy chairman will be announced at the next meeting,” a top judiciary source told our correspondent on Sunday.

Paragraph 20 (a) of Part I of the Third Schedule to the Constitution makes “the next most senior Justice of the Supreme Court” a member of the council and provides that the person “shall be the Deputy Chairman.”

Our correspondent also observed on the website of the council on Sunday that the membership list of the NJC had been altered to reflect the Acting Chief Justice of Nigeria, Justice Tanko Muhammad, as the acting chairman.

Onnoghen now occupies the 16th position on the list of former Chief Justices of Nigeria as observed on the website by our correspondent on Sunday.

The Code of Conduct Tribunal had last Thursday convicted Onnoghen on charges of breach of the Code of Conduct for Public Officers and ordered his removal as the Chief Justice of Nigeria and the chairman of both the NJC and the Federal Judicial Service Commission.

But multiple judiciary sources told our correspondent on Sunday that the NJC’s membership list was altered shortly after Justice Onnoghen tendered his resignation letter on April 4.

Constitutionally, the CJN is automatically the chairman of both the NJC and the Federal Judicial Service Commission, but Muhammad only took over the headship of the council on April 4, over two months after he began to act as the CJN.

This was a day after the NJC cleared him of wrongdoing in allowing himself to be sworn in as the acting CJN without NJC’s recommendation.

The council, which also investigated Onnoghen for various acts of misconduct, was said to have recommended him for retirement.

Onnoghen reportedly resigned on April 4, barely 24 hours after the NJC sent its recommendations to President Buhari.

Muhammad took over as the acting CJN after he was cleared by the NJC and Onnoghen resigned.

They also included a retired Justice of the Court of Appeal, Justice, V.O.A Omage;