oland offers $2bn to host US military base

President Donald Trump on Tuesday said he is seriously considering a request from Poland for US troops to be permanently based in the strategically important country on Europe’s flank with an “aggressive” Russia.

At a joint press conference with Polish President Andrzej Duda in the White House, Trump said Poland is offering to pay Washington at least $2 billion to help meet the costs of the base, which would likely irk an increasingly assertive Moscow.

“The president offered us much more than $2 billion to do this, so we are looking at it,” Trump said. “We are looking at it from the standpoint of, number one, military protection for both countries and also, cost.”

“We’re looking at it very seriously,” he said earlier. “If they’re willing to do that (pay), it’s something we will certainly talk about.”

At the press conference, Duda said that NATO member Poland, which was long dominated by Russia and the Soviet Union, wants “a permanent American base in Poland.”

He joked that a base could be called “Fort Trump.”

“There is a whole range of arguments in favour of the fact that the presence of the US armed forces in this area is absolutely justified,” Duda said.

Trump — accused by political opponents of having colluded in a shadowy Russian operation to aid his surprise 2016 election win against Democrat Hillary Clinton — agreed with Duda’s assessment.

“I think it’s a very aggressive situation. I think Russia has acted aggressively,” he said. “They respect force. They respect strength as anyone does. And we have the greatest strength in the world especially now.” 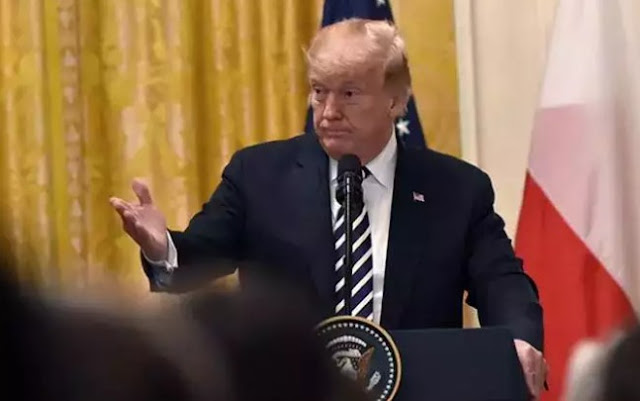