With joy and relief, the president’s son has been welcomed back to Nigeria.

Yusuf Buhari was involved in an accident in December 2017 after a power bike identified as his swerved off course and crashed, bringing the first family to within touching distance of losing the president’s only son.

Since the accident, the younger Buhari has had a successful emergency surgery at a private hospital in Abuja, as well as medical treatment and recuperation in Germany lasting several weeks from January 12. His return has drawn cheers of thanksgiving and sighs of relief from the first lady Aisha Buhari (his mother), plus friends and well-wishers of the President.

Generally speaking, Nigerians have no reason to begrudge the good fate of the first son’s full recovery. But it may now be time to delve fully into the other matters that have stirred mass curiosity since the unfortunate accident occurred. The continued privilege of the elite class to enjoy foreign healthcare while the mass of Nigerians grind through local death traps is one issue many are already familiar with, but there is the little matter of how Mr Yusuf Buhari could afford the cost of the power bike reportedly valued at about N100 million.

President Buhari’s popularity in the lead up to the 2015 polls was buoyed by a reputation of him being a non-luxurious retired general who could barely afford the cost of his nomination form. All he had were herds of cattle and goats and his military pension. Both Yusuf and Zarah, the president’s daughter, attended foreign tertiary institutions for their Masters degrees but it was not regarded as proof of flamboyance as many middle-class families in the country send their wards to schools of the same grade.

However, that the president’s son could afford such an expensive piece of luxury while not known to own or be in the employ of some super rich organisation has struck a dissonant chord with the idea of the Buharis as modest and meagre.

It does not bode well for that argument that the incident involving Yusuf was really the first time, at least since 1999, that mass publicity would be generated on the ostentations of one of the members of the first family. At the time of the accident, the question of the power bike’s value in millions of naira was not a scandal in the sense of the Maina affair, but it was, nonetheless, a striking point to many commentators on the affluence being enjoyed by the president’s family while millions of Nigerians slipped into joblessness and more hunger.

Perhaps the vehicle was received as a gift from a friend of Mr Yusuf or of the president’s friends or family, but that would also raise curiosities. Individuals able to afford such valuable luxuries, if they are Nigerians, are likely to have large benefits connected to the government, hence, leading to questions about nudges, quid pro quos and patronage in an administration supposedly with an anti-corruption focus.

Unless when they are actively involved in the administration, it is usually preferred and seen as more respectful to leave out members of the first family in criticisms of a President and his administration. Zarah Buhari is noted when she retweets things that criticise the president but she is largely left in the background for the focus to remain on her father. However, episodes such as her brother’s accident, even when they draw initial sympathy and prayers for recovery, end up serving to uncover the veil of virtue with which the president has long been adorned. Without intending it, the accident from Yusuf’s private luxury toy has provided one dot and Nigerians will be on the lookout for other blotches with which a connection could be made. 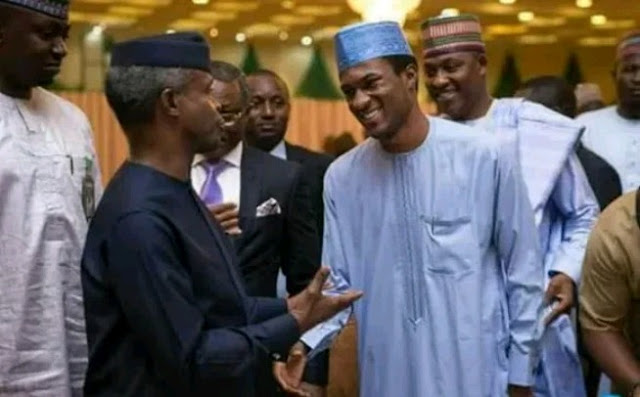