Nigerians React To Mbaka’s Endorsement Of Buhari For 2019

A storm of mixed reactions by Nigerians has greeted the endorsement of President Muhammadu Buhari’s second term bid by Ejike Mbaka, the spiritual director of Adoration Ministry Enugu, Nigeria (AMEN).

“A President that is fighting corruption,” Mbaka said in his New Year prophecy, “needs to be supported.”

In the message, the popular cleric also urged Nigerians to brace up for “impending unimaginable difficulty” in the country in 2019.

This difficulty, Mbaka said would be such that has not been witnessed in Nigeria’s 58 years history.

In a swift reaction to the clergyman’s New Year message, Nigerians took to the micro-blogging site, Twitter to air their opinions on the endorsement of the President.

Concise News captured some of the reactions below…

Meanwhile, Mbaka’s endorsement of President Buhari came after he had on December 4, 2018, said the President will go nowhere if he remains ungrateful to his (Mbaka) ministry.

In a viral video on social media, the controversial Catholic Priest accused President Buhari of abandoning the ministry despite the support and the prophecy about his victory in 2015.

“We were chased away because of Buhari… No one person has been employed by Buhari after Fr. Mbaka almost died for his sake,” he had said in December 2018. 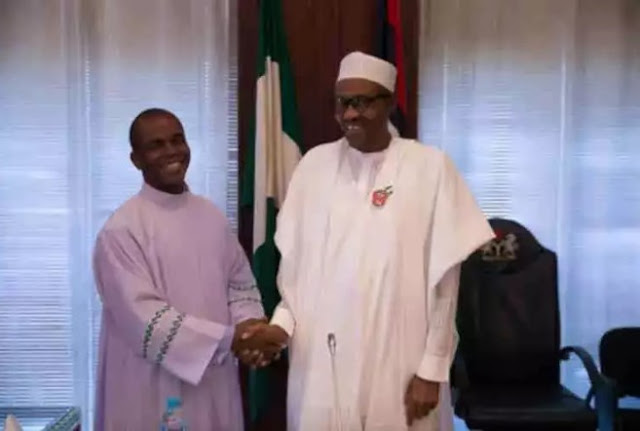