Chelsea defender, Ola Aina, was left out of the Super Eagles’ first training session in London, ahead of Saturday’s international friendly against England.

Aina is believed to still be in the squad, because of fitness doubts surrounding Tyronne Ebuehi.

Speaking after the session, Rohr explained that he did not use Aina, because he wanted 11 vs 11 in training.

“We have twenty five players here and we can’t play twelve against twelve but eleven against eleven,” Rohr said.

Leicester City midfielder, Wilfred Ndidi, has been ruled out of the England game, as he is yet to resume full training with the rest of the squad.

Rohr explained that Ndidi is still recuperating from the injury, which had brought his season to an early end in the Premier League. 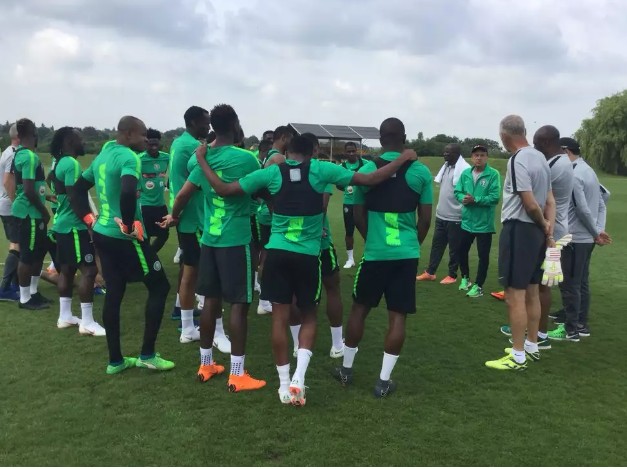