In the recent discovery, the Bois de Vincennes, a park on the outskirts of eastern Paris, is popular with joggers and boules players during the day but a business spot for Nigerian sex workers when darkness descends.

A new report by the CNN has revealed how some women trafficked from Nigeria are forced into prostitution in a park in Paris, capital city of France.

Over the years, stories of women deceived into giving up their money for a “better life” in Europe but later forced into prostitution, have made news headlines.

In the recent discovery, the Bois de Vincennes, a park on the outskirts of eastern Paris, is popular with joggers and boules players during the day but a business spot for Nigerian sex workers when darkness descends.

The Bois de Vincennes, a sprawling park is home to horse riding schools and a zoo. It has also been partly commandeered by human traffickers.

The park’s central road is yet another point on the map of a massive cross-continental trafficking network that has channeled tens of thousands of Nigerian women and children throughout Europe and as far as Malaysia.

A recent discovery by CNN revealed ‘The Bois de Vincennes’ as another spot in France where many young Nigerian women are forced into prostitution.

In the video, several scantily dressed women believed to be Nigerians are seen littered all over the park, waiting for anyone interested to patronize them.

A Nigerian woman who has since gone into hiding, opened up about her ordeal and how she was lured into slavery all the way from Nigeria.

According to the mother of one, she was forced to sleep with clients by her madam for €20 (N84,000) each. Nadège, one of the trafficked women, who could not give her real name for safety reasons after managing to escape, told CNN how a female Nigerian pimp, simply called ‘Madam’ who she met in Lagos, promised her a better life in Europe, working as a waitress.

“I was told it was like a paradise. But getting here, it was from frying pan to fire,” she said. Nadège, 20, was trafficked from Nigeria to France and forced into sexual slavery at €20 ($23). She and other girls would later have to pay off a huge debt of €50,000 (N20.8 million) and sometimes more, to Madam.

According to Nadège, before leaving Nigeria, the victims were made to take an oath at a “juju” temple never to speak about their deal with madam or the debts they owe her. She said they were made to lie in a coffin while taking the oath, with a threat of death (return to the coffin) if they broke the rules.

Nagede said she travelled from Nigeria to France with a fake passport her madam gave her. She was sent to work in the Bois a week after she arrived.

Her madam gave her a €100 (N41,800) daily target and took away her passport and all her earnings, except money for food and rent.

Nagede said she cut ties with her madam when she got pregnant a year later and decided to keep her baby. She said after her escape, “I was waiting patiently for the death or the madness. I was like… ‘Should I go over to the street and start working? Should I abort my baby?’”

She has escaped harm as the networks have less of a physical presence in France and with the help of a lawyer, she has been able to gain asylum there.

Nagede is discouraging other young ladies against journeying to Europe in search of greener pastures, saying: “Don’t even think of it. Even now I don’t have hope for myself. My past already destroyed my future,” she said.

In March, CNN published a report of how Nima Elbagir, one of its correspondents, went undercover from Edo State through the Libya desert in order to have a first-hand experience of migrants who risk their lives to Europe through the desert.

Yehudi Pelosi, a lawyer who specializes in asylum law and human trafficking, said that as part of the ceremony the women are often forced to eat a kola nut and a chicken heart, and drink a concoction of gin and blood.

Some of their pubic hair is taken, and their head, breasts and shoulders are often ritually scarred.

Charities working closely with the women say they are petrified of the oath’s power. Nadège was convinced that breaking it meant going mad or dying. 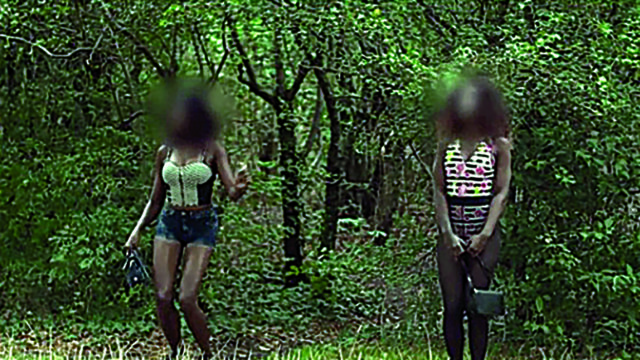 The little things men do that make them more attractive

The little things men do that make them more attractive