Washington DC – New leaks reveal President Trump ordered the assassination of hurricane Florence and Defense Secretary Jim Mattis refused to do so. President Trump supposedly called Secretary Mattis after watching FOX and Friends. He voiced alarm at the threat Florence poses to North and South Carolina. President Trump then ordered the death of Florence. “Nuke it. Drone it. H-bomb it. I don’t care. America first. Hurricanes never!” he ranted.

Multiple leaks report Secretary Mattis hung up the phone and said, “We’re not going to do that.”

Trump supporters are blaming the deep state for the destruction the hurricane is causing. The reasoning is if the military did their job properly Florence would’ve been dispersed via climate control satellites or nuclear weapons.

Many Trump/Alex Jones fans understand the deep state is thwarting President Trump’s plans at every opportunity. Some supporters point to the fact the international ring of pedophiles have yet to be exposed. Others point to their cable bills being too high. The military, however, was considered to be free from the influence of George Soros’ “soy boy” operatives. No more. “I don’t know why we just didn’t Iraq the crap out of Florence,” conspiracy and Trump super-fan Tommy “Sizzle Chest” Hall said. “It’s been over a decade and Iraq still hasn’t been put back together. Why can’t we do that to a hurricane?”

Across the United States anti-Florence militias are being formed. Men and women with many guns and little understanding how weather works are organizing. There are even groups in Alaska. They are prepared to fight the wind and rain. While it’s a slim chance Florence is going to make it that far north, members of the militias understand they must be ready for any weather related emergency. “We get freezing cold temperatures up here. That’s not going to happen anymore. We’re gonna kick cold’s butt!” one militia member quipped.

The anti-hurricane militias may not agree on everything, but they all know man made climate change has nothing to do with the ever growing power and frequency of storms. In fact, all the militias agreed to expel any member who dares to mention Al Gore or Whole Foods. “What we need is purity in thought,” one leader stated. “Only when our thoughts are pure is when Jesus will send hurricanes to our enemies. And that’s going to be soon. Look out, Iran and San Francisco!” 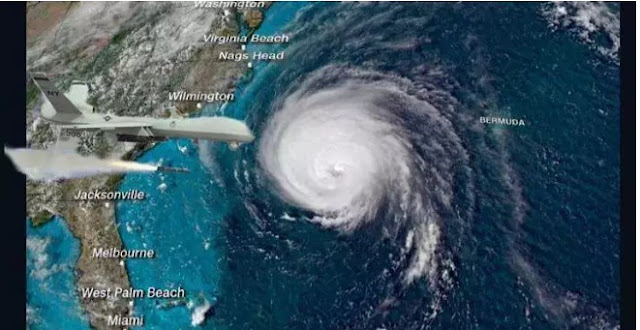 Tinubu to Adeboye: My hands are tied on Ambode’s 2nd term