Super Eagles skipper John Obi Mikel and his vice captain Ogenyi Onazi are on a collision course in camp ahead of the Russia 2018 FIFA World Cup.

According to our camp source, both players are no longer on talking terms and the tussle for leadership is distracting other players in camp.

“If we must do well in Russia, the NFF must ensure they resolve the wrangling between Mikel and Onazi. Both players I can confirm are not in talking terms and this could cost the team at the World Cup.

“As we speak, the tussle is a big distraction for the team. Some players have also pitched their tents with either Mikel or Onazi in the struggle.

“Though, the reason for tussle is not known yet but some people felt it was due Onazi’s insistence on not taking orders from Mikel,” our source revealed.

Onazi was listed for action as the Eagles suffered a one nil loss to Czech Republic Wednesday.

The three-time African champions have now lost two friendlies consecutively in their buildup ahead of the World Cup.

Efforts to confirm the development proved abortive as the Super Eagles’ media officer failed to replay his WhatsApp message at press time. 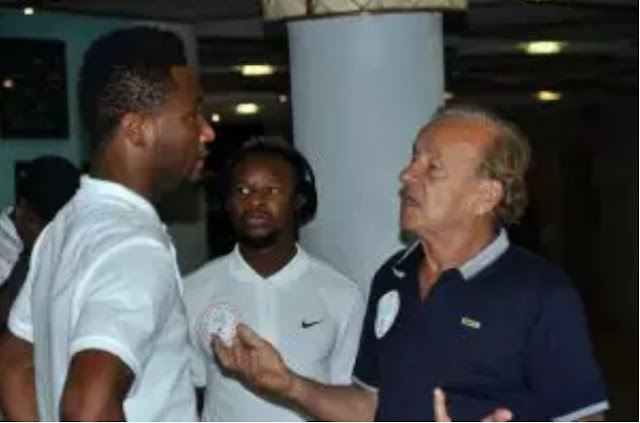