Lil Wayne’s19-year old daughter, Reginae Carter is reportedly pregnant by her rappper boyfriend. According to one of MT0’s Atlanta snitches, friends of Reginae Carter believe that she’s Pregnant with her boyfriend YFN Lucci’s baby. Reginae is currently in College.

Here’s what they were told;

Everyone thinks Reginae is pregnant. She wasn’t drinking [last week] when she was at Gold Room with Lucci. Also they beefed up security around her. And she looks like she has a little belly.”

Reginae was always a healthy sized gal – but her tummy was always as flat as a board. But from recent photos it doesn’t look so anymore.

Commenters seemed disappointed with Reginae, who is a straight A student at Atlanta’s Spelman College.
One commenter told Reginae to be careful saying: “Hood boyfriends are the best they said. When are these young girls gonna learn? This is Not how college goes….. I pray its a misunderstanding no one needs or deserve jail. This isn’t gonna end well this reckless lifestyle young free and in love…Don’t we all know this stage????” 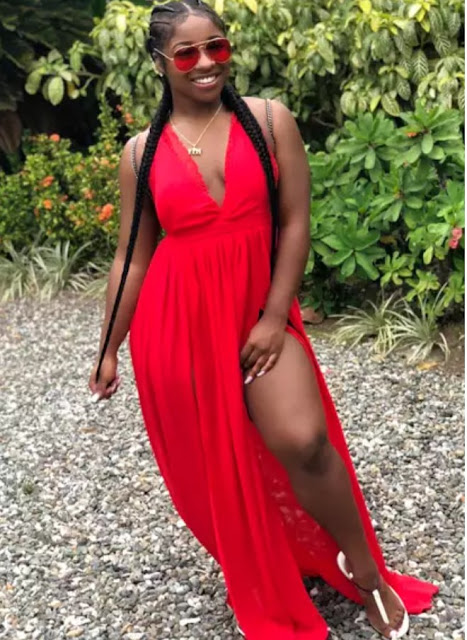 World Cup 2018: Okocha, Kanu, Oliseh, others to be honoured in Russia