Character is the foundation of leadership, people with superior
characters become superior leaders.
Leadership has different conceptual consequence to varieties of people
around the world in different situations. It could relate to politics
which has to do with passionate pursuance of a personal cause. An
explorer, cutting path through the jungle for the rest of his group to
follow. It could also relate to religion which in its own cause veers
into divinity and appointment of a representative of God on earth
flocking his sheep and leading them to the promised land. It could
even be leadership of groups, organizations or firms which deals with
an executive, developing her company’s strategy to beat the existence
of competitions.
Nevertheless we are rightly purporting the generality of
leadership and characters leaders possess to maintain and sustain
their empire.

There are countless characteristics a distinguished leader should
posses: quick-wittedness,discipline, astuteness, truancy, courage,
accountability are, but few to be mentioned. However to strike the
essence of the discuss three unique traits of leadership will be
studied in subsequent paragraphs.

A leader according to oxford learners dictionary is :”A person who
leads a group of people, especially the head of a country,an
organization. A political leader,spiritual leader etc”.
Noting from the overleaf definition provided by oxford learners
dictionary one with a circumspection outlook will observe its in
consonance with the introduction notes,but however more views of
leadership by scholars and philosophers will be observed.

DWIGHT D. EISENHOWER sees leadership as:
”The art of getting someone else to do something you want done
because he wants to do it”
JOHN C. MAXWELL who is one of today’s top leadership thinkers. Here is
what he thinks about leadership:
“Being a great leader is all about having a genuine willingness and a
true commitment to lead others to achieve a common vision and goals
through positive influence”.

His idea is categorically based on leadership by creating leaders.
A natural leader feels comfortable with the greatness of others
because they are in familiar territory,in a company of greatness. A
true leader does not feel the need to pull others but rather
celebrates the uniqueness in them.
Archbishop DESMOND TUTU of south Africa speaking on leadership
maintains that:
” A leader will suffer for the sake of those he lead. They are leaders
because they are servant “. This expresses the possession of humility
by a true leader.

It is pertinent to note that there are different kind of leaders:

TYRANNICAL LEADER
That who seat on the throne and have everything done by slaves.
THE SERVANT LEADER

This as illuminated by bishop TUTU is that leader that serves his
followers, run errands on their behalf.

LEADING LEADER
That who presents himself like a book to be read by many. That who
does what he wish others do for him.

Much relevant issues have been illuminated to primp the discus but
its best we strike the coconut on a granite to inflict the requested
consequence.

leadership is not bossing or lording authority over others, rather
leadership is led by example. Little wonder JOHN C. MAXWELL says
“A leader is one who knows the way,goes the way and shows the way”.
For too long we have supported the notion of tyrannical leadership
where a leader is someone who is beyond reach, correction and caution.
No that is wrong. If a leader must expect a certain standard of good
result he must lead by example and execute professionally what he
expect of the people. Then noticing the high level of efficiency by
the people,much efforts and sacrifice will be projected into the
mission.
Napoleon Bonaparte a French military general did not win over 6
Napoleonic coalition wars by sitting on the throne and commanding
troops to go to the war front, rather he led by example by maintaining
a strategic and unshakable stance at the war front, in short it was
said that his presence in the battle is worth 4,000 soldiers. This is
how to lead by self. After all Jesus Christ did not request peter to
walk on the water while he was offshore. He did that which he
requested the follower to emulate. Proper leadership that must yield
fecundity must be exercised by self lead.

DEVELOPING SELF LEAD CHARACTER
Self discovery is the foundation of self lead character. A leader
that must lead by example must discover his essence before leading
people. He must first believe in his capabilities and natural
instincts of high dream, he must think high of himself not to the
extent of pride but to the coverage limitation of high self-esteem.
An eagle that believes it is a chicken will live a very miserable
life. The eagle will flock with chickens when it should soar high in
the sky with other eagles.
You cannot be an effective leader,a self leading leader if you don’t
know who you are. Self discovery is the basis of leadership.
PURPOSE DRIVEN

Anyone can steer the ship but it takes only a purpose driven leader to
chart the course. Leaders who are good navigators are capable of
taking people just about anywhere.

Moses was vested with the mission to deliver God’s own people from the
captivity of Egypt. That was his purpose.

Moses was to lead 600,000 men,women and children away from Egypt to
the promise land. A very high tasking mission.
Moses as a true leader never at any point shirk his concentration
from this mission as it was his purpose.

At the time the Israelite got to the read sea in exodus chapter 14
verse 11, it seemed to them they had met their waterloo, but moses with
an astute display of purpose drive knew he hasn’t accomplished his
purpose yet and could not have been  debilitated or display and
overwhelmed countenance over the difficult situation. He rather
invigorated them with no iota of doubt that they will overcome the
huddle. This is the spirit of purpose drive in action.

You must be ready to endure the hardship life throws at you knowing
you will come out strong,beautiful and designed for the purpose at the
end of it all.

Just like Cinderella in the popular fairy tale! Despite her unfair
treatment by her step mother and step sisters, she still shinned
bright and rose above all. After the fairy grandmother made her look
beautiful for the ball, the time came she lost it all. She did not fret
or lie,she stood true to herself and her purpose. When she was found
by the prince, she did not pretend to be who she was not, she did not
lie to the prince she faced reality and embraced honor and yet became
who she was made to be.

A leader must be conscious of his purpose, work hard at it and be
ready to go through the process of life. There are no short cuts to
greatness. Success is a set of stairs,not an elevator.

A purpose driven leader does not intrude his visions and aspirations
with unnecessary may-hems.

At a time the trust on moses was blatantly pendulous that the
people of Israel had to confront Aaron to make them a god whom will
lead them in the absence of moses. They did created a golden,married
rumbustiously in digression to God’s doctrines. God knowing this
decided to annihilate them and single-lead moses to the promise land.
No! Moses objected,his objection was inspired by his keen commitment
to his purpose. So he pleaded with with God in exodus 32:11-14:

“But moses pleaded with the his God not to do it. ” Lord! ” he
exclaimed. “Why are you so angry with your own people whom you brought
from the land of Egypt with such great power and mighty act? The
Egyptians will say God tricked them into coming to the mountains so he
could kill them and wipe them from the face of the earth. Turn away
from your fierce anger,change mind about this terrible disaster you’re
planning against your people,remember your covenant with your
servants- Abraham,Isaac and Jacob you swore by your own self, ‘ I will
make your descendants as numerous as the stars of heaven: yes,I will
give them all of this land that I have promised to your descendants
and they will possess it forever”.

The lord withdrew his threat knowing that moses has gestured a
leadership action with the insertion of quick reminder of their
purpose. Appeal to his conscience.

To develop a purpose driven character one must ask himself these questions:
– what am I naturally good at?
– what am I passionate about?
– what angers me? What infuriates me?
– what problems do I love to solve?
– what inspires me?
– what debilitates me?

These are the questions you need to ask and answer with lots of
meditation and introspection. The correct answer to these questions
will guild you on the path of developing your purpose driven
character.

Being a sabre-rattling leader will inflict no positive consequence in
the lives of your followers. An inspiring leader plays a lot role in
the lives of his followers. His personality,demeanor and modest
disposition plays important role in tackling enervation in his
followers.
Idiosyncratic leaders that are knowing for being inspirational are
the likes of ALEXANDER THE GREAT whom after wars have been fought
would,in earnest zeal and magnanimous outlook visit his wounded
soldiers congratulating them on their strategic display and as well
pour out words of inspiration. From this gesture a noticeable amount
of readiness and patriotism would be Summersaulting from different
persons.          NAPOLEON BONAPARTE makes us believe there is power
mighty in being an inspirational leader. This could be exemplified in
his famous inspirational speech to the soldiers of Italy on the 27th
of march 1796 when he conquered the army of Italy. :
“Soldiers,you’re naked and very famished! The government owes you
much. It can give you nothing. Your patience, and courage you display
in the midst of these rocks, are admirable but they procure you no
glory,no fame is reflected upon you. I seek to lead you into the most
fertile plains in the world. Rich provinces,great cities will be in
your power. There you find honor,glory and riches. Soldiers of Italy,
would you be lacking in courage?”.
With such super pep talk,the invigoration tempo of the Italian
soldiers was at its brim as they went ahead and conquered different
towns and cities.
The level of commitment submitted by the followers largely depends on
the ability of the leader to inspire his followers in both words and
actions. After all it is the manifestoes of a political leader
aspirant that inspires us to legitimize his leadership.

Commitment is the mother of inspiration it is almost right to say,no
commitment no inspiration. But commitment does not operate in a
vacuum,you must be able to place your commitments priority and be
zealous in pursuance. Your level of zeal and will power will determine
how perfect you’ll be in that priority, only and only if you’re
perfect in what you’re committed to can you inspire others. Perfection
is not stable it is ever dynamic to its chasers,so for chasers to be
perfect they will relentlessly keep chasing. That makes them
perfect,and it’s result is being an inspiration to the people after
you. 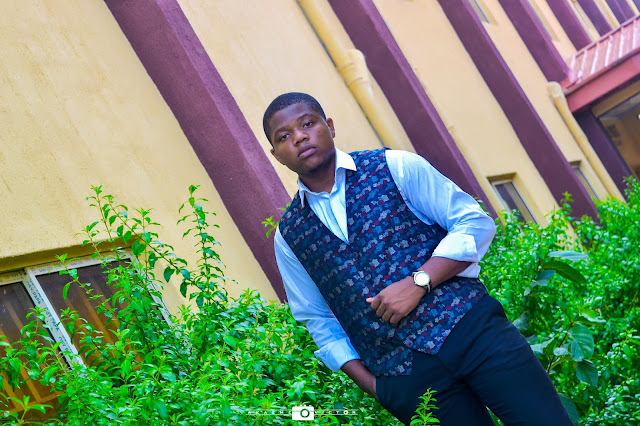