Governor Akinwunmi Ambode of Lagos State may have finally lost out in the battle for the ticket  of  the All Progressives Congress, APC, to contest the 2019 governorship election despite  interventions by President Muhammadu Buhari’s proxies and governors aimed at staving off what they claimed was a damaging crisis in one of the party’s strongest bases.

Reflective of the interventions, there were deliberate moves, early yesterday, towards lowering the momentum of the mobilization for the governorship bid of  Ambode’s main challenger for the APC ticket, Babajide Sanwo-Olu. In one of such moves that initially brought some breather to the Ambode camp was the report in Lagos political circles that Sanwo-Olu’s declaration ceremony had been put off because of the interventions.

Governor Ambode’s camp is still of the belief that something positive can still come out of the interventions from high quarters.

However, Sunday Vanguard gathered  that the declaration ceremony would still proceed today but with less fanfare. The ceremony has, however, been moved from the more spacious Police College, Ikeja to City Hall in Lagos Island

The implications in all of these is that in the event that Ambode insists on seeking the governorship ticket of APC, there would be a direct primary contest.

Before the relocation of the Sanwo-Olu declaration, there were reports that the interventions initiated by Buhari, using Vice President Yemi Osinbajo and APC National Chairman, Comrade Adams Oshiomhole, were reviving hopes for a second term for the embattled governor.

Sunday Vanguard learnt that Ambode’s fate was sealed at a meeting held in Abuja on Friday night where the National Leader of the APC, Asiwaju Ahmed Bola Tinubu, reportedly ruled him out of election on the platform of the APC.

Tinubu was said to have told the governor pointedly at the meeting that he (Ambode) could get some other position in the APC but certainly not the ticket of the party for Lagos governorship in the 2019 polls. Party sources said a soft landing may be arranged for the governor.

Meanwhile, a source privy to the development revealed that the Presidency was especially concerned that a crisis in the Lagos State chapter of the party could further jeopardise the electoral chances of the APC in the country.

“Lagos is about the most stable state in the APC and it is also the most prosperous and there is no need to instigate a crisis in the state especially for political and selfish considerations,” a high-level source privy to the developments said yesterday evening.

“Now that the President’s (electoral) chances are becoming slimmer, it is the belief that no one should play around with Lagos.”

Even more, some governors, notably from outside the South-West, Sunday Vanguard gathered, had also stepped into the fray with the intention of intervening on behalf of their colleague.

“APC governors are not happy that their poster boy should be denied a second term because he is the one they look up to in performance,” a source apparently supportive of Ambode based in Abuja where the governor was still holed-in, as of yesterday.

The support for the governor was, however, not universal as some South-West chapters of the APC took his travails with much indifference.

“What happens to Ambode does not concern us as he does not relate with us and lives on his own,” an associate of a South-West governor said yesterday.

“When we did the election in Ekiti, was he there? When we did inauguration in Ondo and campaigns, did you see him? I think it is the same snub he gives his people in Lagos that he gives to his fellow governors”.

In Lagos, while some party operatives were still insisting that Ambode should not return, some were, however, more apprehensive.

“ Talks are ongoing and it is being resolved,” one party operative in one of the local governments in Lagos told Sunday Vanguard.

“It is in everybody’s interest to resolve this matter because if it is not, the crisis that will fall out will be too much for everyone”.

Perhaps it was in that direction that Sanwo-Olu’s high profile declaration was scaled down from the Police College to City Hall to limit the number of people who would come.

However, the full complement of the APC Caucus in the state House of Assembly, the state delegation to the House of Representatives, and at least one of the three senators from Lagos are expected at the declaration.

Senator Gbenga Ashafa, Lagos East, who is facing a stiff challenge in his third bid for the Senate, and Senator Remi Tinubu, wife of the National Leader of the APC, Sunday |Vanguard was made to understand, are not expected at the Sanwo-Olu’s declaration for what one source said as “obvious reasons.”

Ashafa incidentally was at Ambode’s declaration last week. Sanwo-Olu is presently a subordinate of Ambode and managing director of the Lagos State Development and Property Corporation, LSDPC. 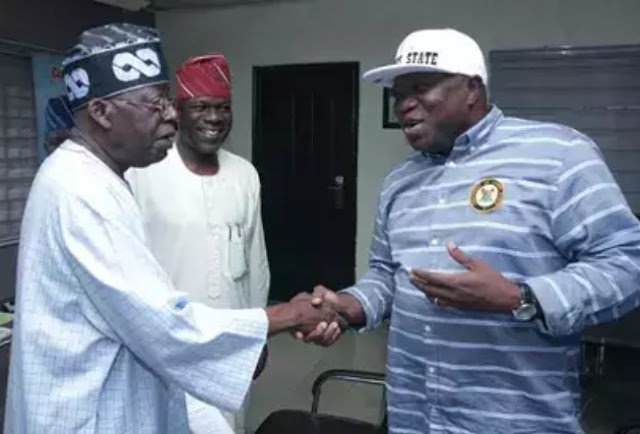