It’s been three months since their daughter Stormi Webster was born.

Kylie Jenner and Travis Scott made their Met Gala debut as a couple on Monday night, three months after their daughter Stormi Webster was born. The event is actually their first time walking a red carpet together since the two reportedly began dating in April 2017, and they were all smiles as they walked the carpet.

Kylie hasn’t made too many public appearances since Stormi was born on February 1, after maintaining a low profile throughout her pregnancy. She gave a statement then about how staying away from the public eye was what was best for her baby, and she had some sweet words about the pregnancy itself: “Pregnancy has been the most beautiful, empowering, and life changing experience I’ve had in my entire life and I’m actually going to miss it,” she said in a statement. “I appreciate my friends and especially my family for helping me make this special moment as private as we could.”

In March, Kylie posted a photo with 1-month-old Stormi, and eagle-eyed fans noticed a ring on a certain finger, sending the Internet into a spiral about a possible engagement to Travis. So far, the couple has yet to comment on any marriage rumors. 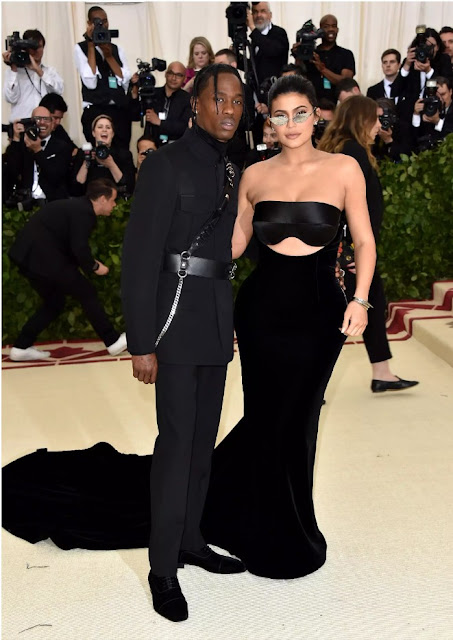