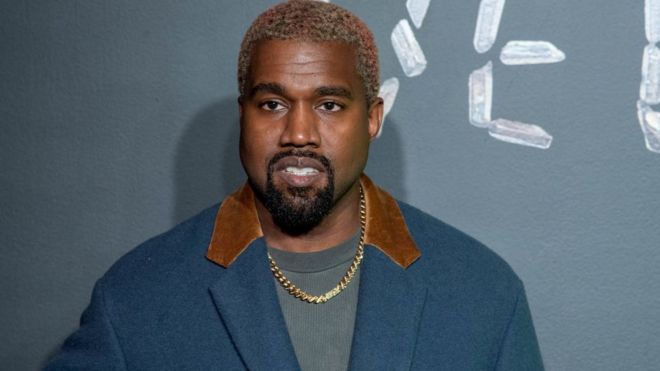 West revived speculation that he may throw his hat in the political ring during an interview at the Fast Company Innovation Festival in New York on Thursday, November 21.

He said: “When I run for president in 2024, we’re going to definitely- yo whatchu all laughing at?”

West continued: “When I run for president in 2024, we would’ve created so many jobs that, in fact, I’m going to walk.”

By “we,” West is referring to the Trump-led Republican party, of which he is an avid supporter.

West proclaimed: “What I’m saying is, when y’all read the headlines, ‘Kanye’s crazy,’this and that, this and that, it’s like one in three African Americans are in jail and all of the celebrities are in jail also because they can’t say nothing! They’ve got no opinion! They’re so scared!”

The Grammy award-winning artist laughed when he was asked about his 2005 statement that then president, George W. Bush, “doesn’t care about black people.”

West made the statement in the wake of Hurricane Katrina which killed 1,200 people and greatly damaged the city of New Orleans.

Last year, West caused an uproar and was supposedly cancelled by the hip hop community when he brazenly wore a ‘Make America Great Again’ hat on his visit with President Trump in the Oval Office.

The I Wanna Love You crooner on Monday, November 18, also spoke about his stepping back from the 2020 presidential race.