During a recent interaction, the founder of the Dunamis International Gospel Centre, Dr. Paul Enenche, gave a first-hand account of how his ministry built the 100,000 capacity Glory Dome in less than four years.

The building is believed to be the largest auditorium in the world.

He also hinted of the process involved in the God-directed project, the life-transforming effect of the construction and the great wonders to come.

We thank the Lord for his goodness and mercy. The vision for the building of the Lord’s Garden and the Glory Dome is synonymous with the vision of the Dunamis International Gospel Centre.

The vision is: “To impact our world with the principle, presence and the power of God by saturating the earth with the knowledge of the glory of God as the waters cover the seas. And to have a base where that word would emanate from to the ends of the earth.”

God gave us that vision; with the vision, there must come location. That was how we began to pray and in the night I had a revelation where I was taken to a land along the airport road, with a landmark that showed me that land.

We looked for land but we couldn’t find one. So we decided to buy land somewhere else, almost a thousand acres and another almost 700 acres in another location. We were almost starting in one of those places when the Lord reminded me that there was somewhere else he showed me and that I should still go ahead and look for the place.

I then called one of the surveyors in our church and anointed him with oil and tasked him to go and look for the land along the airport. To the glory of God, within one week, he was back and said he had found a place. And when we got here, I said this was the place the Lord showed. And that was how we secured this place after almost ten years when it was first released via revelation.

What was obvious to me was what we wanted to do. We knew that whatever creative and gifting we needed was right there in the house, so I announced in church that I needed a building team––structural engineers, building engineers, mechanical engineers as well as quantity surveyors.

They came out en masse. We selected the architects and gave them the concept I wanted. I told them anything from 75,000 to 100, 000 seaters all under one roof. I asked them to go and develop the concept. We had about five different designs. The current design was what met the specification of what we wanted.

We ‘broke’ ground on September 14, 2014. Before the main construction started, we did a lot of excavations. By January 2015, the construction had started. In the course of construction, there were modifications that we made. For example, I needed the whole building without pillars and it was to be roofed. Originally, some of them were wondering how is that going to be possible, especially with the size of the building, but I told them it was possible. They went for consultations and realized it was truly possible.

There were things I would see in the revelation and would tell them and they would do it and it turned out to become excellent.

The building is a structural engineering wonder; as a matter fact, when the officials from the Nigerian Society of Engineers came here, they were very excited that the building was constructed indigenously without any external help. We had had architectural students from universities and even from the development commission here in Abuja on tours to see what is going on.

I could remember that at the beginning of the construction, the team of the supervisors that came were asked to stay for at least one week to monitor what was going on.

So, it is a masterpiece. We went down to the earth almost 8-12 metres with iron pillars coupled with concrete before we came out. It took us sometime before we came out, with hundreds of millions of naira spent. By the time you come out, you are faced with the gallery, it means without pillar going almost 12 metres. There are very few in the world. Then, you are again spanning 274 metres. A football pitch is 90 metres, that means two football pitches under one roof without a pillar. That is a wonder.

The roofing company said that this is their largest roofing in the world, and they are the foremost roofing company as far as dome structure is concerned worldwide. Then you come in through the front entrance, the north wing and you see the height of it.

Impact on the rest of Africa, rest of the world

We have seen visitors from all walks of life including the clergy and politicians during the construction.

I remember during the construction stage, a man came from Europe and was busy taking pictures. I asked him why, since he was coming from Europe where they have virtually everything and he said: ‘Sir, I haven’t seen a thing as this.’ We have had in our previous conferences delegates from various countries. Apart from the Glory Dome itself, we have the recreational park, that would make this place a holiday destination, a tourist attraction and a vacation location where people would come to and literally don’t want to go back.

There was a time the wife of Bishop Taiwo Adelakan of Victory International Ibadan came here and she said she was proud to be a Nigerian because there would be no need to travel abroad any more. We have people commending the glory of God on the dome and the entire garden.

Location of the altar

Specifically, the altar is meant to be central where everybody would be viewing the minister at the same time. The main entrance facing the altar is architecturally important and spiritual so that the flow of the ministration is equidistant to everyone.

The dome is about 43 metres from the floor level. That is about the height of a 13-storey building. Imagine yourself standing, looking at 13 floors that are filled with anointed worship, the type that would make people roll on the floor in tears while worshipping God. That is going to escalate a thousand times in this place. It is going to be awesome.

I cannot say that there was any major concern. But I think the major concern of everybody is how it was going to be roofed. Personally, I’m not an engineer or architect, so I was also picturing how it was going to look like. It would interest you to know that the roof was knitted just the way we knit basket. It has 21,000 pieces of metals that were hooked together. So, I was just wondering how they were going to do that. But we overcame and it was beautifully done.

Building without pressure or stress

I think it is the scripture that says God would keep in perfect peace the one whose mind is stayed on him. This is not my building. If I were to build a house, I won’t build a house as big as this. So, it is for the Lord, and because it belongs to God, it can’t put me under pressure, because the owner is not under pressure. The earth is the Lord’s and the fullness thereof. God has never been under pressure to do anything. So it is stress-less. This is a multi-billion project. The roof alone is in billions not to talk of the construction. But it was done effortlessly and without stress.

The church members are not even under pressure. We did not at any point call for general offering for the project in the church. In fact, so many times, we forget to take the offering in church and members would have to remind the pastor that offering has not been taken––and this happened often while a major construction was ongoing. The truth is, we have a supernatural supply. We cannot point at any man that he’s the financier.

A project of empowerment

If you come to this site, you would see thousands of workers: carpenters, iron benders, electricians, mechanical engineers, quantity surveyors, architects, structural engineers, site labourers––I cannot tell the exact figure, but I’m sure it is not going to be less than 5, 000. It was indeed a beehive of activities. These people were fed daily. In fact, so many people bought cars in the course of the construction. Some even had their own houses by what they were being paid here. This building was put together at a time when there was zero construction anywhere in the city. One of the supervisors who came to monitor the project confessed that this was the only project they were supervising as it were in the city.

People also acquired new skills. The roofing company came as a consultant, the installation of the roof was entirely our business and what we did was to get a group of Nigerians in thousands and train them on what it takes to knit the roof together and these people were trained to scale a height of 43 meters and knit.

Literally, thousands of people from all religions had livelihood, some on the minimum of three to four years, especially at a time when unemployment was a major issue in the country.

Artisans, electricians, plumbers, bricklayers, painters and many others got employed.

In fact, at a point, there were constructions going on everywhere at the main auditorium, Glory Dome, the school, Destiny Christian School, the duplexes, and the garden. The workmen were paid as when due. That livelihood was provided. One of the supervisors said the construction was providing employment for Nigerians at a time than anywhere as far as he knew because there was no project going on at this scale in the city at a point. Beyond that, there were people who acquired and learnt new skills. If we have another opportunity in Nigeria for this kind of roof to be done, we won’t need to look for technical people who can do that because they are available.

That is where the supernatural and divine element comes in. I think it was strategic for us to make man know the possibility of God, that no human or governmental power was responsible because Nigeria was hit by the worst depression and recession in its history.

So it was massively supplied by heaven. That is what makes it a miracle. If this construction could happen when Nigeria was in an economic boom, it would have been said that it was easy. But given the circumstance under which it happened, it becomes a miracle.

In all this, we give glory to God. 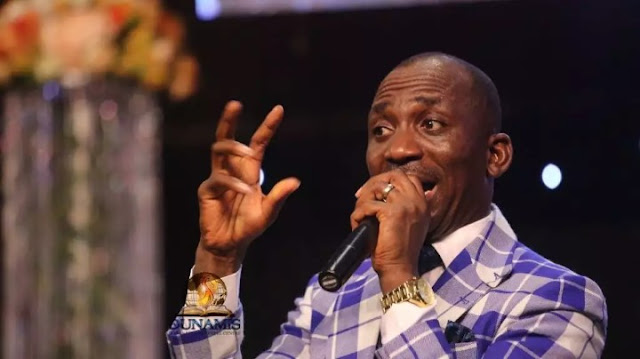 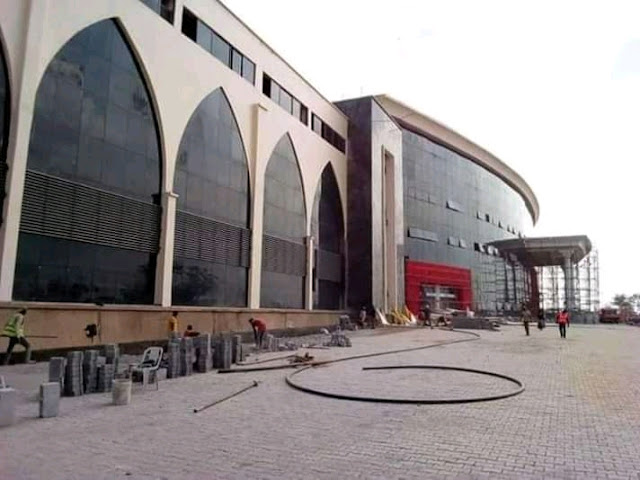