A former Deputy Speaker of the House of Representatives, Emeka Ihedioha, has attributed his emergence as the Peoples Democratic Party (PDP) governorship candidate in Imo to God.

Addressing newsmen in Owerri, the state capital on Tuesday, he said God was not done with him and the party yet.

“He said, I thank Almighty God for restoring the hope of the Imo people in electoral fairness and the rule of law.

“God is not done with us yet and he will complete his plans for us in the general elections in 2019,” he said.

He, however, commended his fellow aspirants for what he described as their high level of sportsmanship, and urged them to support him to win the election in 2019.

“I am highly emboldened by the level of cooperation we have had since the commencement of this process.

“I call on all aspirants on the platform of our dear party to join hands with me so as to ensure that we get the people’s mandate next year and actualise the divine agenda.

On his part, the Imo PDP Chairman, Mr. Charles Ezekwem, expressed optimism that with the high level of discipline displayed by the aspirants, the PDP would emerge victorious in the 2019 polls.

“We still have a stiff contest ahead of us but I am encouraged by the level of discipline shown by our party men and women, the delegates and aspirants alike.

“I believe that if we continue this way, we will not be far from occupying the Government House in 2019.”

Ihedioha had polled 1,723 votes to defeat his closest challenger, Samuel Anyanwu, the Chairman Senate Committee on Ethics and Privileges who polled 1,282 votes 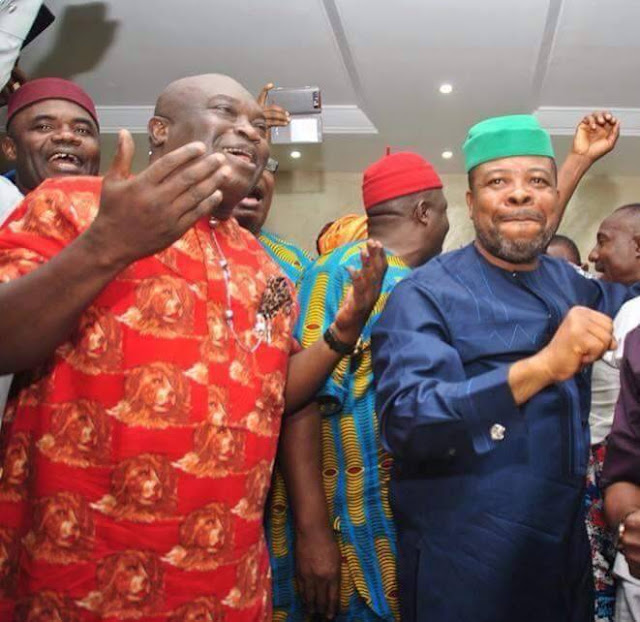 PROFILE: Who Is Babajide Sanwo-Olu?, Meet the Man Tinubu has Brought for Lagosians

He got 200,000 votes after dancing – Osinbajo mocks Senator Adeleke

He got 200,000 votes after dancing – Osinbajo mocks Senator Adeleke