I Hate Men, nothing will ever deter them from behaving Like Animal – Lady

A lady on twitter has expressed her disgust over some sexually embarrassing traits that men exhibits. 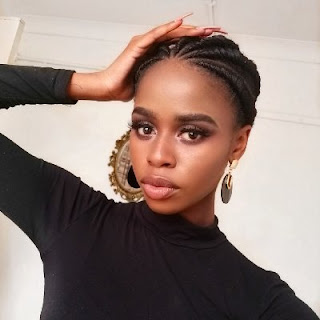 On her twitter post she stated that she “hates men”. Owing to the action committed by a man who circled a lady with a plumpy buttocks among a lined up students.

“I hate men. nothing would ever deter them from acting like animals. she’s literally in her school uniform!?? yoh. SIES.”
She posted. 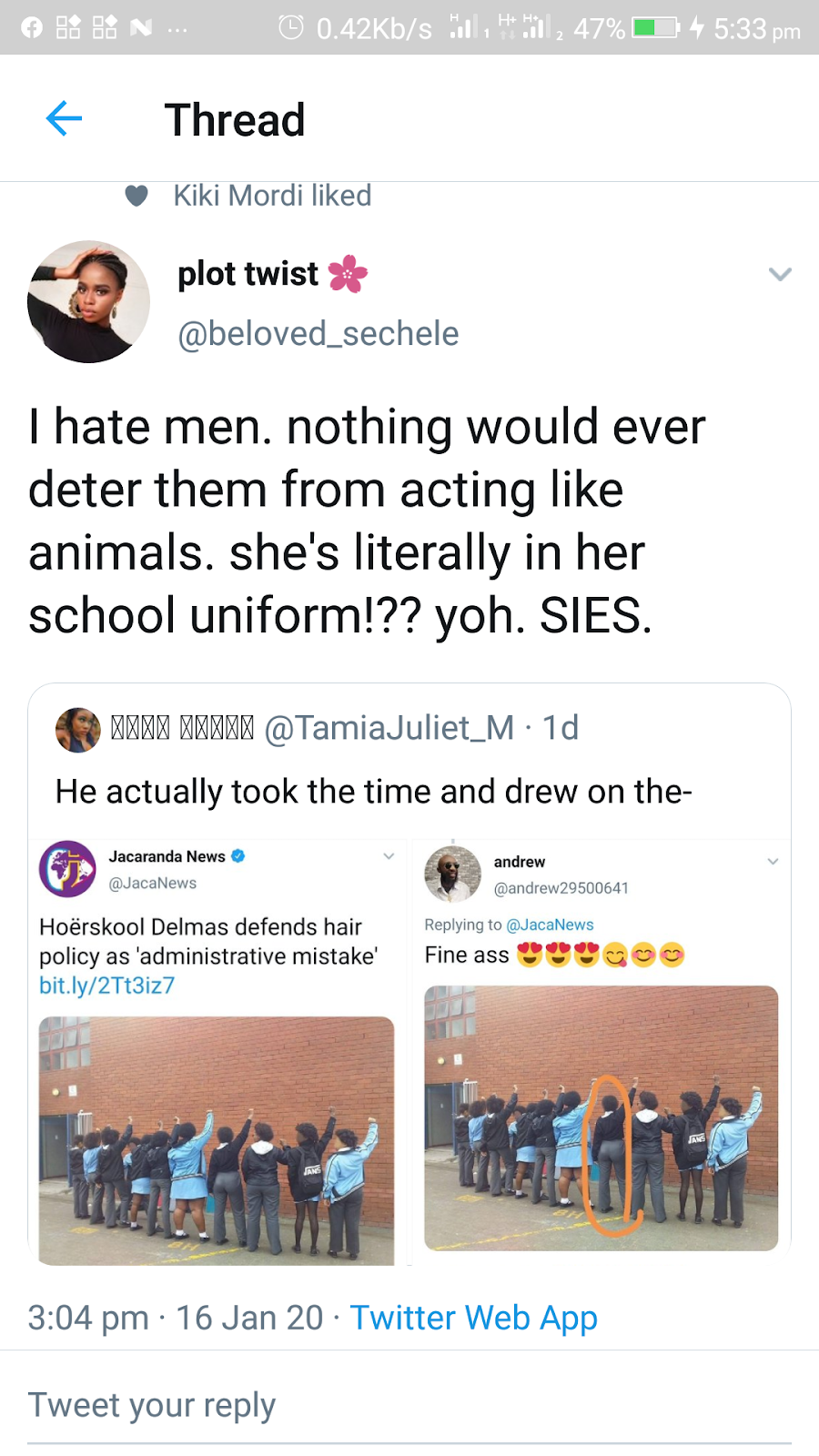 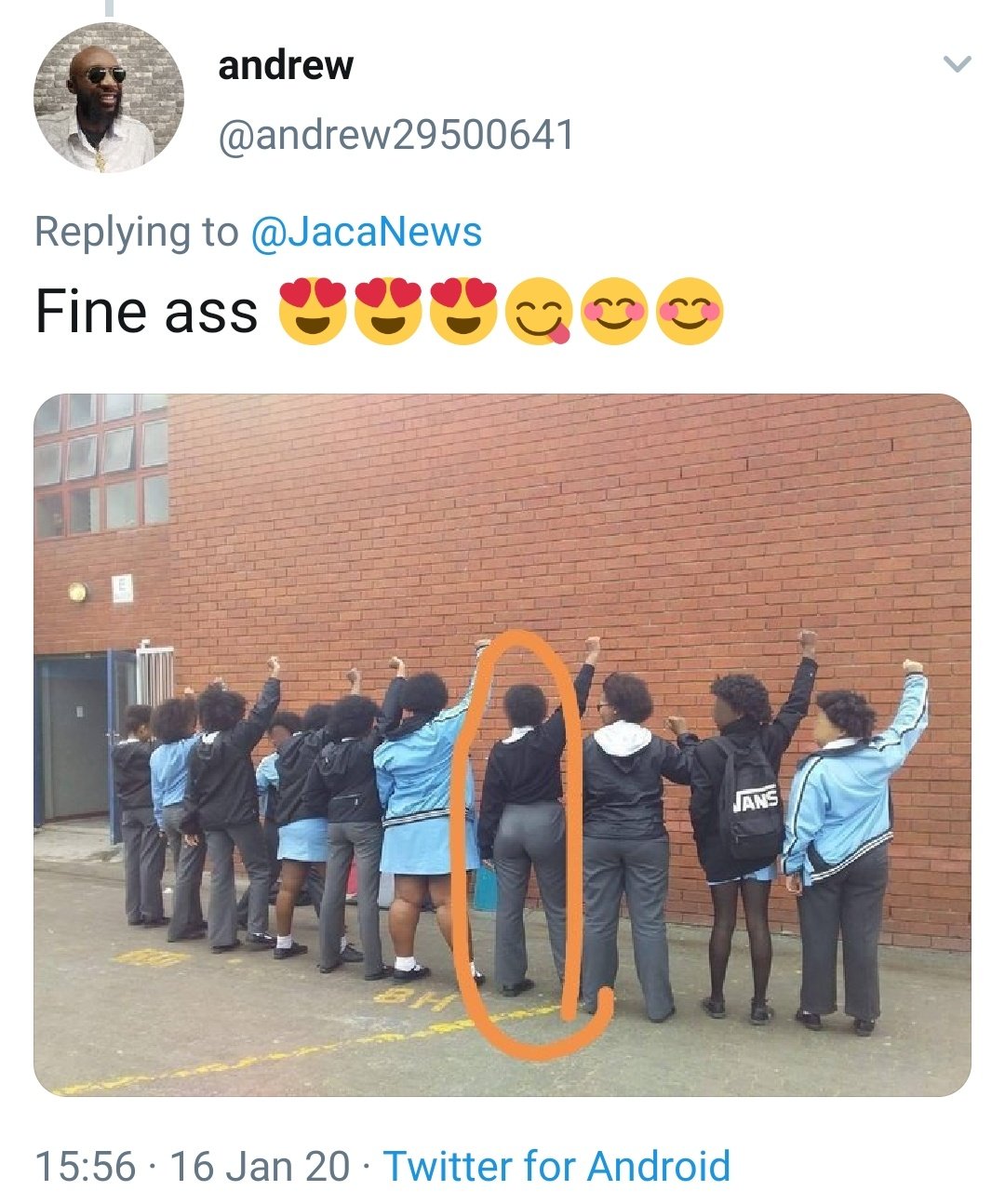 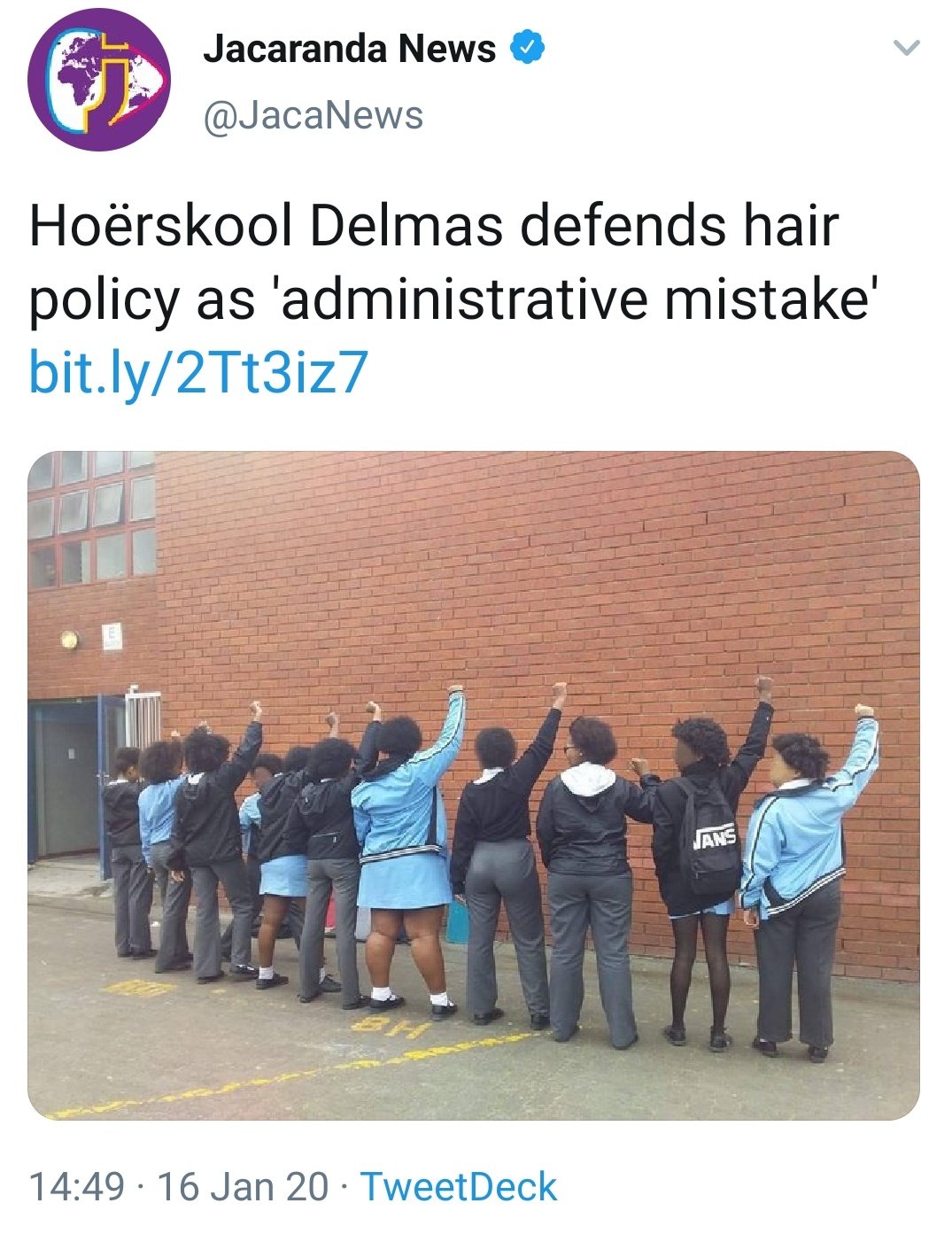