Davido has not seemed to being controversial and raising dusts on the social media everyday.

His relevance on social media is almost matching his controversy, this goes a long way to affirm to the fact that celebrities are relevant depending on the controversy they create. 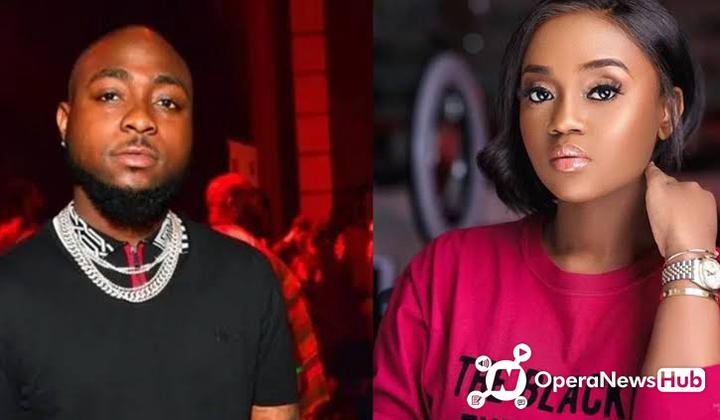 Davido made a post on his instagram earlier today, commending his wife “Chioma” who made a painted potrait for him yesterday, and his show of excitement was almost overboard.

“My wife painted this for me yesterday “Lion King”…thanks love” he concluded.

“Go give her the cucumber already”

Davido was swift and less sensitive to launch reply just almost immediatly as he affirmed to the fact that there was cucumber transaction between him and Chioma.

“Gave her in the shower already”

This is regarded as best openminded post ever, inasmuch as it must have raised dust or controversy it is also a very open minded and mature reply.

Most fans just like dragging celebrities or pull them to make a comment that could be used against them. The “I dont care” attitude is Davido’s reply shows that he is just a very free minded person and has advanced to the stage in his career where peoples opinion doesnt count or affect his career.

See a picture of the painting that brought about the whole dramatic attention. I guess the Mrs OBO could just be a talented painter. 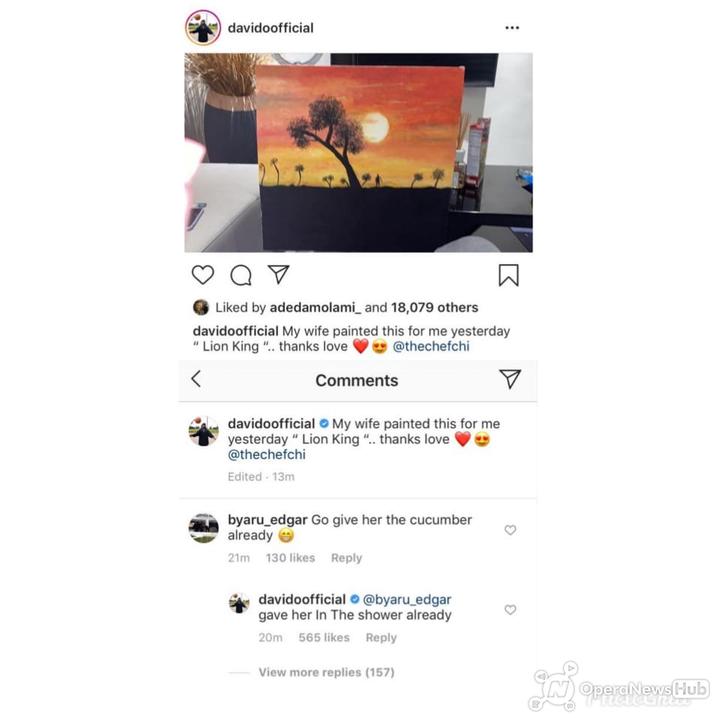