How I Made Jonathan Concede Defeat To Buhari – Okonjo-Iweala

Jonathan lost to President Muhammadu Buhari the presidential poll but Okonjo-Iweala has said she was one of the few persons who made the former Bayelsa state leader give in to defeat.

She revealed in her book, “Fighting Corruption Is Dangerous” that she got into the Presidential Villa and met a group of persons monitoring the elections results.

According to her, some of them told Jonathan not to concede defeat but when her opinion was sought, she immediately advised otherwise.

“I was immediately drawn into the argument as everyone turned to hear my views. I said I thought the president should concede and do so before the announcement of the vote count was completed,” she said.

“The Special Assistant to the President on Domestic Affairs, Dr. Dudafa Waripamo-Owei, a politician, whom I expected to side with the politicians, also said he sided with those who thought the president should concede.

“A heated argument ensued. Throughout the discussion, the president said not a word. He kept his own counsel and just kept welcoming guests and party loyalists who were joining us at the Villa.

“According to the announcements we were all following on the big screens, only a few more states were yet to report their election results”.

Okonjo-Iweala wrote that “I sat next to the president and whispered to him that if he was going to concede, he probably should do so before the announcement of election results ended.

“Suddenly, he got up and left the room. We all thought he had gone off for a few moments of quiet.

“He returned about twenty minutes later and sat down without saying a word. I decided to take a chance and press him again on a timely concession.

“As I whispered again for the second time, the president responded to me out loud, “CME(Coordinating Minister of the Economy), it is done. I have called President-elect Buhari and conceded!”

“We were stunned! He had said not one word to us, but it was clear that this was a man who had made up his mind and done what he thought was right 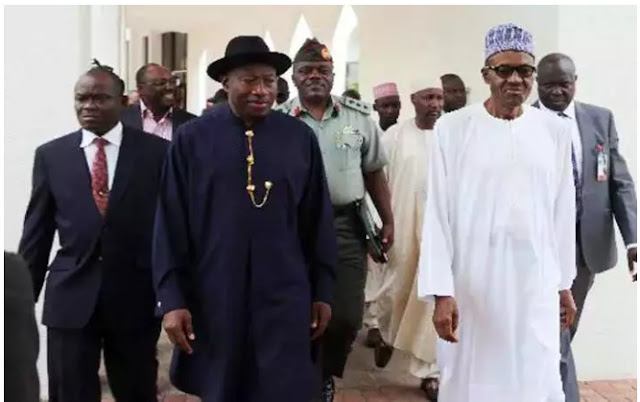