ViceChancellor of Plateau State University in Bokkos, Prof. Docknan Decent Sheni, has raised the alarmed over deathly grazing of cattle by Fulani herdsmen in the University premises.

Prof. Sheni stated this yesterday during a press briefing at the University in Bokkos explaining that despite the arrest of Fulani herdsmen who carry out aggressive grazing in the university premises, the menace had continued unabated.

“There are security challenges in the university because the institution has not been completely fenced, we have seen several strange persons within the university who constitute threat to lives and properties.

“Our greatest challenge is the aggressive grazing carried out by herdsmen within the premises of the University. Lectures will be going on and cattle will be roaming around, up to the administrative block and this is not pleasant to the system.”

Prof. Sheni revealed that the institution has lost two persons due to insecurity and they are working hard to stop grazing in the University. “We cannot allow that to continue because we don’t know the motive behind that, we have seen how people have been butchered in different part of the country by suspect herdsmen and we don’t want that to happen to any of us.

He lamented that female students have also been harassed by suspected hoodlums who jumped through the fence at night with the intension of raping and causing untold hardship on students.

The VC said the University does not condone activities of cultism and vowed to expel any student found wanting.

He explained that the institution has suffered several executive inferences which constituted a clog on the wheel of development, saying it’s operated for 12 years without accreditation.

Prof. Sheni noted that two set of students who graduated could not be mobilised for National Youth Service Corps (NYSC) due to lack of accreditation of courses by NUC until 2015.

He said the University has recorded tremendous improvement in infrastructure and man power development where it has the capacity to admit 150 students unlike previous years that the admission was restricted to 300 students.

In another development, Benue State Governor, Samuel Ortom has reiterated that the claim by his Plateau State counterpart, Simon Lalong that he was warned against the enactment and implementation of the Anti-Open Grazing Law was untrue.

Ortom stated this during a meeting between the Federal Government committee on herdsmen and farmers crisis and Benue stakeholders at the Government House in Makurdi.

Ortom who was reacting for the first time after Lalong told State House Correspondents some weeks back that he warned him against promulgating the law but he (Ortom) refused to heed his warning stated that at no time did Lalong warn him against the law.

His words: “At no time did governor Simon Lalong warned me against enacting the law. He said Lalong must mind his business and let me mind my business.

The Governor commended the committee led by the Ebonyi State Governor, David Umahi for deeming it fit to visit Benue first on a fact finding mission in the task of finding sustainable resolutions to the farmers/herders skirmishes in Nigeria.

He particularly appreciated the committee for choosing Benue state as its first port of call and expressed optimism that the visit would afford the members the opportunity to see things for themselves.

“We choose the path of Peace in a civilized way to tackle the crisis even when Fulani herdsmen are killing our people like chickens. We remain committed to this course in ensuring that we live in peace. We must not accept the total deceit that is going on in the country. The anti-open grazing law started smoothly until Miyetti Allah issued a threat which was actually carried out by them. Therefore, l want to urge the committee to work assiduously to bring justice to Benue.” 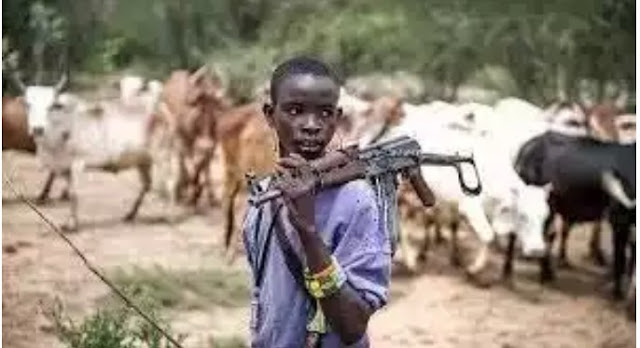