Goya Oil is For Cooking not for Annointing Rev. Fr. Kelvin Ugwu Bemoans

by theagoratv
in Uncategorized
0
0
SHARES
4
VIEWS
Share on FacebookShare on Twitter
Apologies to the makers of this oil. I just want to get some things straight. 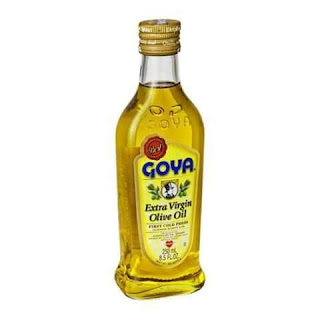 Just so that you know, Goya oil was made primarily for cooking. Today, the name it is called in Nigeria market is “Anointing oil.”

Can Goya oil or any vegetable oil meant primarily for cooking be used for anointing? I leave that to what your faith tells you.

Anyway, that is not the reason I am writing this.

I am writing this to all those who think they are doing themselves good by drinking the entire content of the bottle as a way of being spiritually powerful against the devil or for healing.

Added to that, biblically you don’t anoint yourself, rather, you are anointed. Someone does the anointing on you which is always for a particular purpose.

I know most of us grew up with parents who will put Goya oil into our bags especially if you are a boarder going back to school. Gradually, the tradition is now passed to us to mean that Goya oil is powerful against the devil. People put it under their pillows, inside their bags etc. 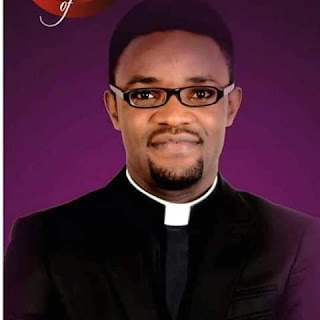 “Rub it on your head morning afternoon and night and the people from your village will not find you.”

“Whether it’s malaria or cough just drinking one spoonful every day until you are healed.”

“If that woman they said is a witch from your father’s village should touch you, just use Goya to rub where she touched you and nothing can happen.”

As I said, I won’t question the extent your faith carries you, but just know that some of these acts look more diabolic and what idol worshippers do.

The painful part is that some preachers invited to preach what is called “crusades” or “revival” carry these oils and sell to people three times the original price claiming the oil from them is specially blessed and powerful. I am sorry, but that is evil. Tell them I said so.

For you buying, I just want you to know you are buying blessings (if those oils are sold under the guise of blessings). Buying of blessing is a sin called simony. Check the meaning for yourself.

Again, I know there are many types and varieties of these oils. Some are “Archangel Michael oil.” Some you will see “Back to sender oil.” Some, “marriage connection oil.” The names of some of them will make you begin to think that we are more of traditional worshippers than Christians.

As a priest, I only know of three types of oils which the bishop blesses once in a year and distributes to all priests: Oil of Chrism, Oil of Catechumens, and oil of the sick.

The oil of Chrism is used in Baptism, Confirmation and Ordination to the priesthood. It signifies that as Christians we are priests, prophet and Kings even at our baptism. So, we are anointed. The anointing leaves an indelible mark on us.

Finally, the oil of the sick. Following the book of James 5: 14-15, the oil is used to anoint the sick so they can be healed, physically and spiritually. Even in that passage, the sick person is meant to invite the elders or the priest to anoint him or her.

Why do we carry about Goya oil meant for cooking and name it anointed oil? Why do we do the anointing by ourselves? Why do we drink it, put it in our drinking water, rub it as cream, pour it at the four corners of our houses? And finally, why is it just peculiar to Nigeria Christians? Someone should please explain to me?