The Nigerian Governors Forum (NGF) has condemned the alleged freezing of the bank accounts of the Benue State government by the Economic and Financial Crimes Commission (EFCC).

Also, according to unconfirmed reports, the accounts of Akwa Ibom had also been frozen.

Chairman of the forum and Zamfara State Governor, Alhaji Abdulaziz Yari, made the condemnation while addressing State House Correspondents after a meeting with Acting President Yemi Osinbajo at the Presidential Villa yesterday, describing the action as unconstitutional.

Yari said the timing of the action worsened the case, recalling that the Benue government was currently facing economic and other sundry challenges precipitated by the prevailing insecurity in the state.

He said: “The freezing of any account of a state government whether Benue or anywhere is unconstitutional. That is like shutting down government.

“Government must spend, most especially Benue that is facing insecurity challenges.

Well, we don’t know why the EFCC took the action. But if indeed it froze the accounts, from my point of view, it is wrong.”

Yari warned that “this government should not sit down and oversee unlawful operation from the security agencies.”

Benue State government said the move was a political witch-hunt.

The Chief Press Secretary (CPS) to Governor Samuel Ortom, Terver Akase, who spoke yesterday in Makurdi, maintained that the action was part of the political machination against his boss.

His words: “Yes, it is true that the accounts of Benue have been frozen by the EFCC.

The action is already having a negative impact on the running of government in the state.

It is a move that will affect salaries, pensions and other sundry payments.

“The question we are asking is: Why did EFCC not investigate the governor’s security votes when he was still a member of the All Progressives Congress (APC)? Why start the investigation now?

“EFCC should not allow itself to be used as an attack dog unleashed against perceived political opponents.”

Akase challenged the Federal Government to make public its expenditure on the fight against Boko Haram in the North East so far and other expenses on military operations like Python Dance, Crocodile Smile and Whirl Stroke.

He continued: “Benue has suffered heavy attacks by Fulani herdsmen since the beginning of the year.

Within the period, the state government has spent a lot to legitimately support security agencies to protect the people.

Governor Ortom has not diverted funds. He runs a transparent administration.

“We welcome the investigation, but as I said earlier, it should start from the presidency and go across the 36 states.

Benue should not be singled out for victimisation, intimidation and harassment.”

Besides, the administration refuted a widespread online report that the governor had directed the Accountant-General to pay a N250 million road contract money into the company account of his private secretary.

The Ministry of Works, which made the denial, stated that it neither received such order nor paid the said amount into the account in question.

In a statement in Makurdi, the Information Officer in the ministry, Mr. Terlumun Mchie, faulted the publication in its entirety.

He clarified that the sum approved for payment on the ongoing 41-kilometre Origbo-ImandeAkpu-Gbajimba road project was N255,560.800.46, stressing that the decision was reached after inspection and observance of due process.

Mchie state that the contract, being supervised by the Ministry of Works, Transport and Energy, was awarded to M/s Tongyi New International Construction Company, a Chinese outfit, after fulfilling all requirements.

The firm paid the mandatory one per cent contract fee for it to be paid the 30 per cent mobilisation fee.

“The publication further misrepresented facts on ground by saying over 60 per cent of the total funds had been paid to the company without doing any work on the project.

“The ministry views the above as a deliberate ploy to misinform Benue people about the true state of the road project.

“All due payments are made directly to the company’s account and not an individual account as alleged by the publication.

“The public is hereby advised to ignore the mischievous report aimed at tarnishing the image of the ministry and the Ortom administration.” 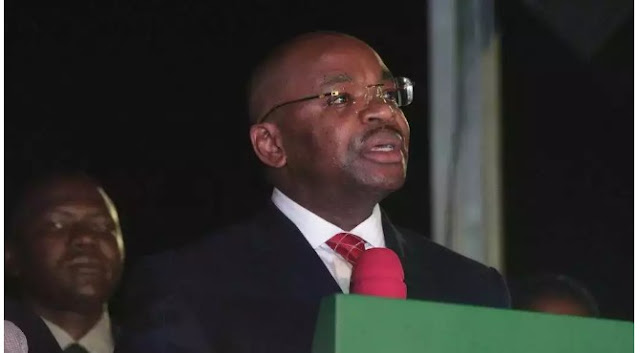