France will transfer Patrice-Edouard Ngaissona, a member of Africa’s top footballing body, to the International Criminal Court in The Hague where he faces war crimes charges, a court ruled Monday. 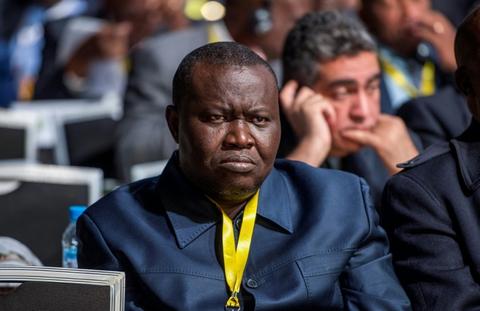 Ngaissona, who is from the Central African Republic and sits on the board of the Confederation of African Football (CAF), has been in a jail near Paris since his arrest on December 12.

The former government minister, who is head of the Central African Republic’s football association, was controversially elected to the executive board of the CAF general assembly in February.

The ICC issued a warrant in December for Ngaissona for allegedly coordinating so-called anti-Balaka militias which emerged after civil war broke out in the Central African Republic in 2013.

The anti-Balaka militias were set up to defend Christian communities from mostly Muslim rebels.

The arrest of Ngaissona came just weeks after another suspected militia leader — Alfred Yekatom, known as Rambo — was arrested in the Central African Republic and transferred to The Hague

APC won’t hand over to you, Obasanjo tells Igbo leaders