Former pastor exposes some truths about churches, says most of them are fake 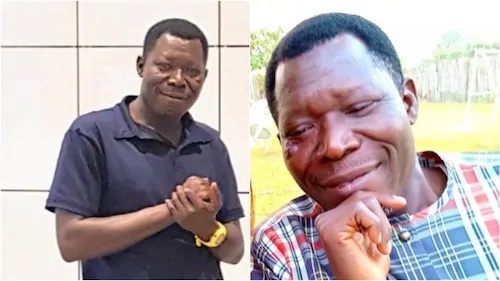 The topic of faith, christianity and church as practiced in Nigeria is taking making a gradual shift and it appears religion as most know it is about to change for the better or worse.

In the light of the #churchtoomovement which kicked off on June 30 following grave allegations of se’xual assault levied against Pastor Biodun Fatoyinbo of Commonwealth of Zion Assembly (COZA) church, many have chosen to question the truth about modern-day pastors and churches.

A former pastor known as Al Akhigbe has dared to expose the truth of the church as he knows it. Akhigbe in a lengthy Facebook post revealed that he was a pastor for 15 years before stepping down because of the evil he saw in the church.

He shared that that most pastors are fake and church is just a facade and a business for most of them. The devout christian who dared to ask questions about the system stated that he was met with defenders of the evil that was being practiced in church.

Sharing a bit of his experience, her revealed that he never understood why they were out to systematically impoverish members and carry out the very thing they preached against and yet are quick to defend their actions with the same word of God that they were going against.

Unable to stand the hypocrisy and lies, Akhigbe withdrew from church and resigned as a pastor after a decade and half. He shared that he has been at peace with himself since he decided to walk his heaven race alone.

Al Akhigbe has promised to write a book and share his detailed experience so as to help those trying to find the true path to God to navigate away from the fake religious doctrines that are eating souls and deceiving flesh.

His post gained a lot of attention and most of the readers expressed gratitude that he chose good over evil and was bold enough to walk away even though it provided financial prosperity for him.

Here are some comments below:

Did you know? NAIJ.com (naija.ng) is now-> Legit.ng We have updated to serve you better.

Meanwhile, the senior pastor of Commonwealth Zion Assembly (COZA), Biodun Fatoyinbo, has announced a suspension of a seven-day programme of the church while speaking when he mounted the pulpit on Sunday, June 30, the pastor said he was unhappy about the scandal rocking the church.

The pastor has been widely criticised, with some Nigerians on Twitter asking him to step down. Protesters marched to his church in Lagos and Abuja on Sunday, mocking him and his members. But the pastor asked his congregation not to be provoked as they make their way out of the church. The service ended one hour earlier than usual, with many vacant seats at the church’s branch in Ikeja, Lagos.