– Oyinlola, a former governor of the state, promises the people that they will not regret voting for Ajibade

– He reminds the people that having served three military govenors in the state, Ajibade has the experience

Olagunsoye Oyinlola, a former governor of Osun, has reportedly predicted that the governorship election slated for Saturday, September 22, in the state would be won by Fatai Ajibade, the candidate of the African Democratic Congress (ADC).

Oyinlola reportedly said Ajibade was the most qualified candidate to succeed the present Governor Rauf Aregbesola because he has untainted political record and unblemished integrity.

The Punch reports that Oyinlola spoke at the ADC rally in Osogbo, the capital of Osun, where the governorship candidate was presented to the supporters of the party.

The report quoted Oyinlola as promising the people that they will not regret voting in the former secretary to the state government in the state.

“Ajibade has seen it all as a commissioner in the state who served three military administrators.

“The military administrators must have seen something unique in him to have retained him for so long. He is trustworthy and diligent.

“Politically, he is experienced and as one who had served the state meritoriously, he is free of all financial crime just like me.

“We have never been invited by any of the financial crime commissions for questioning over what we did in office.

“Anybody who has any contrary view should confront me. Even other political parties agree with this.

“Ajibade is from the Osun West senatorial district. The Osun Central and Osun East have produced governors of the state in this dispensation so there should be a shift.

“If this is considered, the people of Osun West deserve to produce a governor and they had put forward their son, Akinbade,” he said.

The Agora TV earlier reported that Asiwaju Bola Tinubu, the national leader of the ruling All Progressives Congress (APC) said that the party is capable of winning the September 22 governorship election in Osun, Punch reports.

Tinubu said this in an interview with State House correspondents after he led the party’s stakeholders from the southwest to a meeting with President Muhammadu Buhari at the Presidential Villa, Abuja on Thursday, August 30. 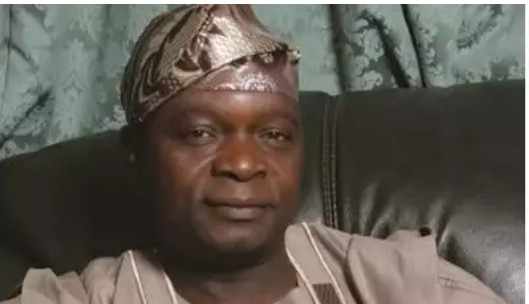