First Class Material Episode 1: Sipasi Olalekan reveals how he went from being an “academically poor” student to become a US-funded CEO

The first episode of the First Class Material – the TV show sponsored by First Bank of Nigeria and brought to you by Linda Ikeji TV – features Sipasi Olalekan, CEO/Founder ProjectOzone Sustainable Livelihood Initiative. 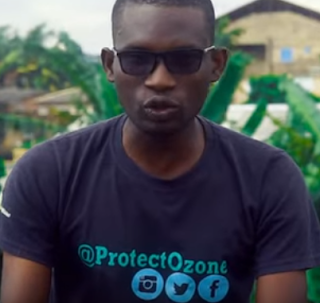 Sipasi Olalekan, from Ondo state, went from being the son of a poor single mother to become a youth leader who trains children, youths, farmers and active citizens on sustainable agricultural practice.
In this episode of FCM, he opens up about his journey.
Sipasi said he studied Animal Production and Health at the Federal University of Technology, Akure, in Ondo state, thanks to his poor mother who gave her all to sponsor his education. He went on to get his Masters degree at the University of Ibadan. 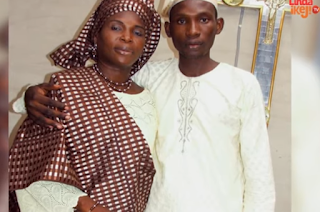 Narrating what influenced his decision to go into agriculture and start ProjectOzone, Sipasi explained that he was doing “poorly academically” and “was failing heavily”. However, he discovered he was very good with “whatever I do with my hands”, including “raising of animals and growing of crops.”
This influenced his decision to get further education to empower himself so he could empower others.
He said: “I challenged myself that Sipasi you can do better so I decided to pick up Masters from University of Ibadan.”
However, when he was done with his Masters and was without a job, he asked himself an important question that changed his life.
He said: “After that, I asked myself a question, ‘Sipasi, if you are you, can you employ you?’ I decided to concentrate on what I know how to do best: training people on how to alleviate poverty, through my strength, which is agriculture. 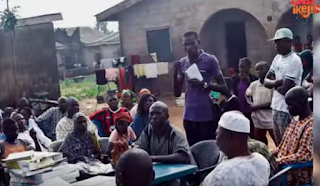 “And in 2017, the US government funded us to train about 20 youths in Sustainable Smart City Agriculture. I was awarded the US Consular General’s Award and the Nigerian-American Partnership award.
“In 2018, the US government multiplied the funds by two. Currently, the German government is sponsoring the training and since then, I’ve been moving from one level to another.
“I discovered that the lower I go into my community, the higher I go in the world.”
The show also captures Sipasi addressing some of his new trainees.
While speaking to them before their training, he said: “What can you say to the fact that we have about 65% of the world’s arable land yet we’re still complaining about extreme hunger and poverty in our country?”
He added: “Having extreme poverty in Nigeria doesn’t make sense. We have millions of youths in Nigeria. We can actually produce food effectively, managing space, even in the city, like we’re doing in Lagos.”
He then goes on to introduce his students to the “50% water-saving irrigation kit” that helps conserve water better, thereby preserving the nutrient of the farm.
Sipasi Olalekan Ayodele is a Carrington 2017 Fellow, ONE Champion 2017, Fellow Thinking School Africa, 2016 Winner of the African Youth Award in Agriculture, a seasoned NYSC SDGs Facilitator, The Future Award Africa for Agriculture nominee and the Lead at ProtectOzone Sustainable Livelihood Initiative. 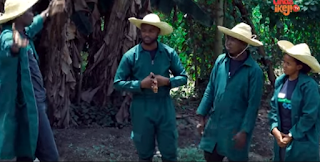 He is making global impact in Agriculture and Climate Change and this makes him a First Class Material.