In their bid to twist the world that Fela Durotoye is ANN Presidential candidate, excommunicated persons, which were disconnected from ANN due to some irregularities  forged the National Secretary,  Sahid Umar’s signature.

As they have been report of disclaims on the signature.

Following their realization that INEC did not recognize the kangaroo presidential primaries conducted by Emanuel Dania and his cohorts in ANN, the FD team are panicking and devised a means to blackmail INEC and hoodwink the entire world by hurriedly putting together a certificate of return and presented to FD.

This is now in wide circulation since it was released. A quick review of the certificate shows that the signature of the ANN National Secretary, Alhaji Sahid Umar was forged. Following this, the National Secretary has initiated criminal proceedings to bring the perpetrators to book.

Recall that, in his many schemes to make himself the presidential candidate of ANN by all means, FD masterminded the Presidential Aspirants Coming Together (PACT) initiative. Our investigation then revealed that, working with some of his colleagues who knew they had no chance in the race, they convinced Kingsley Moghalu to participate in the process giving him guarantees that he will emerge victorious. We also learned that Oby Ezekwesili was hoodwinked to be an umpire to give legitimacy to the process.

The sub plot of the PACT arrangement was that, having emerged as the consensus candidate in a field of 17 aspirants from various parties,  ANN will be left with no choice than to accept FD as its Presidential candidate. Of course we all know what became of PACT,  any house built of spittle will not stand.

It is not enough to mouth or teach integrity but it should permeate every fabric of our being. FD and Emmanuel Dania’s actions have shown that they are not worthy of leadership positions 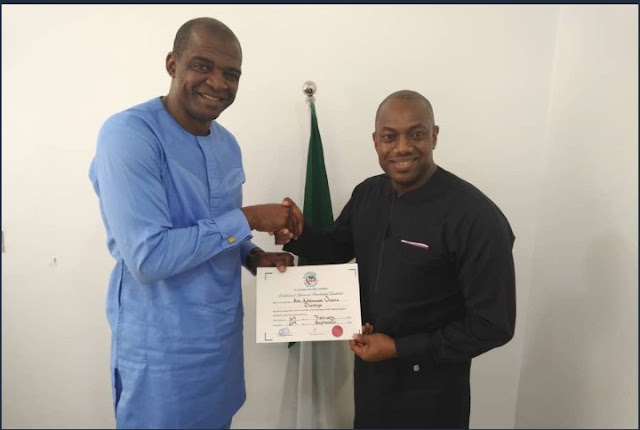 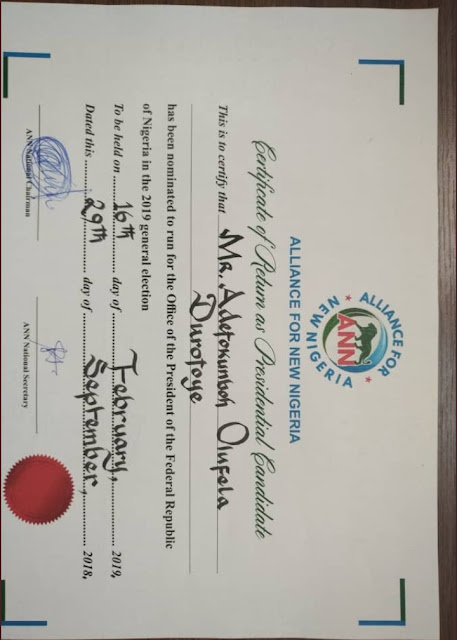 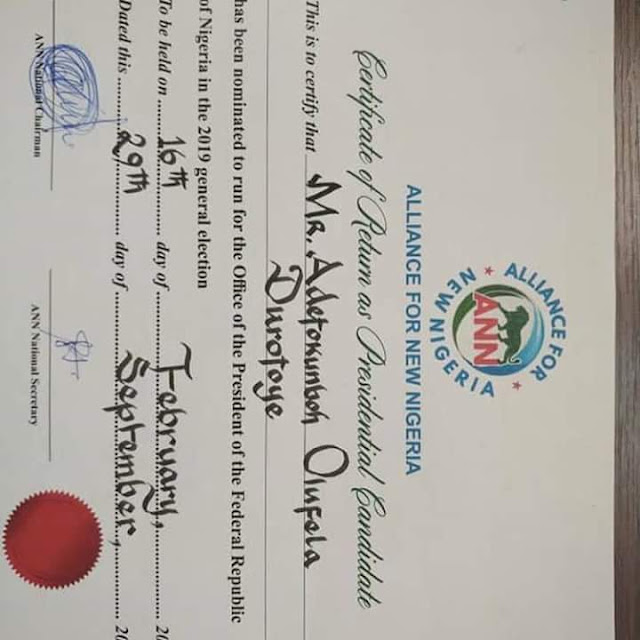 Student Union: They are Only Running To Make Changes, They Are Not ATM machines

2019 Election: “If I Speak, Nigeria Will Boil”- ANN National Chairman

2019 Election: "If I Speak, Nigeria Will Boil"- ANN National Chairman