Abe who had been having running battles with the Minister of Transportation Mr Chibuike Amaechi over his Governorship ambition yesterday submitted his expression of interest and nomination Form for the Ticket of the All Progressives Congress in Rivers State.

A Source at the Presidency who confirmed the Development said President Muhammadu Buhari choice of Senator Magnus Abe is to ensure that the All Progressives Congress produces a Popular Candidate who can defeat Governor Nyesom Wike at the Poll.

The Ogoni leaders who were led by the President Supreme Council of Ogoni Traditional Rulers, HRM King G.N.K. Gininwa (JP). Visited the President Presenting the pains of the Ogoni Since the Creation of Rivers State.

Others on the visit include Gbenemene of Tai Kingdom, Representatives of MOSOP, KAGOTE, religious leaders and other members of the Supreme Council of Ogoni traditional rulers. 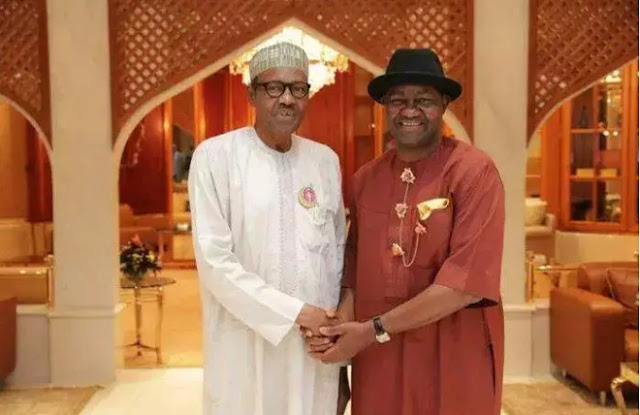 ANAMBRA SOUTH SENATORIAL SEAT: Uba brothers to face each other